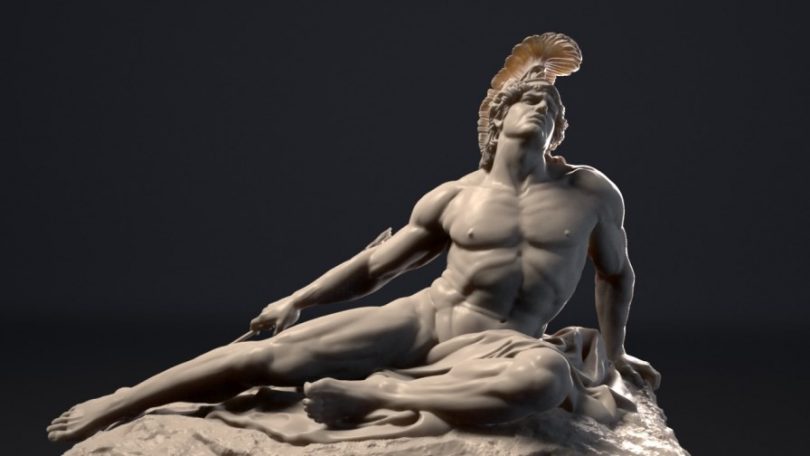 Most people are familiar with Achiles’, the most celebrated hero in Homer’s poems. You probably know about his divine parentage, his explosive temper, and his immense grief when his friend Patroclus was killed. Maybe you know him even deeper through this impressive scene between him and Priamos, the king of Troy. Despite his fame, little is known about the place he was buried, although some archaeologists have tried in vain to find that place.

The bad news is that we only have limited information about that place deriving from mythological texts. The good news is that Schliemann brought to light the ruins of Troy and Mycenae by following the hints of those mythological narrations. In any case, the ancient Greeks claimed that they knew where Achilles’ grave was, although they didn’t point out the same place.

The first one, who gives us an idea about where Achilles’ was buried, is Homer in his second work, The Odyssey. The soul of Agamemnon king of the Achaeans informs the soul of Achilles about what happened during his burial:

“Thus for seventeen days alike by night and day did we lament you, mortal men and immortal gods, and on the eighteenth we gave you to the fire, and many well-fatted sheep we slew around you and sleek oxen. So thou wast burned in the raiment of the gods and in abundance of unguents and sweet honey; and many Achaean warriors moved in their armour about the pyre, when thou wast burning, both footmen and charioteers, and a great din arose. But when the flame of Hephaestus had made an end of thee, in the morning we gathered your white bones, Achilles, in pure wine and salves. Your mother provided a golden amphora, and said that it was the gift of Dionysus, and the work of Hephaestus. In this lay your white bones, glorious Achilles, and mingled with them the bones of dead Patroclus, son of Menoitios, but apart those of Antilochos, whom you honored above all the rest of your friends after Patroclus’ death.

And over them we, the divine army of Argive spearmen, heaped up a great and perfect tomb on a projecting headland by the broad Hellespont. Thus it could be seen from far from the sea both by men that now are and that shall be born hereafter.” 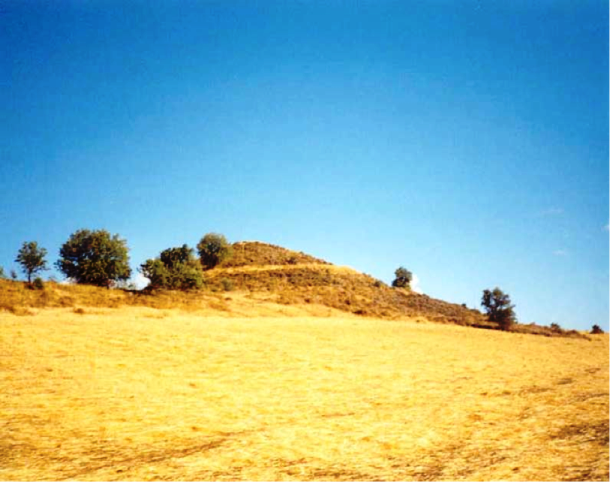 According to Homer, Achilles’ tumulus lays somewhere near the mouth of Hellespont, while Arian (Alexander’s biographer) and Plutarch inform us that Alexander the Great visited that tomb on his way to Troy.

Back in the 19th century, some archaeologists together with Hennrich Schliemann – who always trusted Homer – tried to locate the right spot starting with the tumulus of Kum Tepe, which was known as “Achilles’ tumulus” during the 18th and 19th century, as it payed resemblance to Homer’s description.  Unfortunately, the excavations revealed burials dating to the classical era and not earlier. There was no evidence of a warrior’s grave.

Not far from Kum Tepe on the south and near the ancient Aeolic colonies of Sigeion and Achilleion, archaeologists excavated two more tumuli: Kesik Tepe, known as Demetrius’ tumulus, and Sivri Tepe. During the Hellenistic Era and for many years onwards, both places were in turn believed to be the place Alexander had visited. Nevertheless, neither could be verified as such, according to the findings.

A third candidate tumulus appeared during the Roman Era. Emperor Caracalla offered a bronze statue to honor Achilles in his so called burial place, in Üvecik Tepe, seven kilometers south of Troy. He also buried there his friend Festus in 214 CE. The findings were promising, as they dated back to the Mycenaean Era, but no artifacts had something to do with a king-warrior and hero like Achilles.

“Aethiopis” is a lost play attributed to Arctinus of Miletus (760 – 740 BCE). Only three fragments survived through other authors’ references. The first, which can be found in “Chrestomatheia” of Proclus, tells us another story. Achilles’ burial ritual took place in Troas indeed, but his remains lay someplace else:

“Achilles routs the Trojans, and, rushing into the city with them, is killed by Paris or Apollo. A great struggle for the body follows, Aias taking the body and carrying it to the ships, while Odysseus drives off the Trojan. The Achaeans then bury Antilochus and lay out the body of Achilles, while Thetis, arriving with the Muses and her sisters, bewails her son, whom she afterwards draws away from the pyre and transports to the White Island. After this, the Achaeans build a tomb and hold games in his honor.”

Well, Arctinus consorts with Homer that Achilles’ tumulus is somewhere in Troas (today Biga Peninsula), but his remains are not. Achilles was buried on the White Island of the Euxine Sea (Black Sea). Is there some truth behind Arctinus’ version? Does this island even exist?