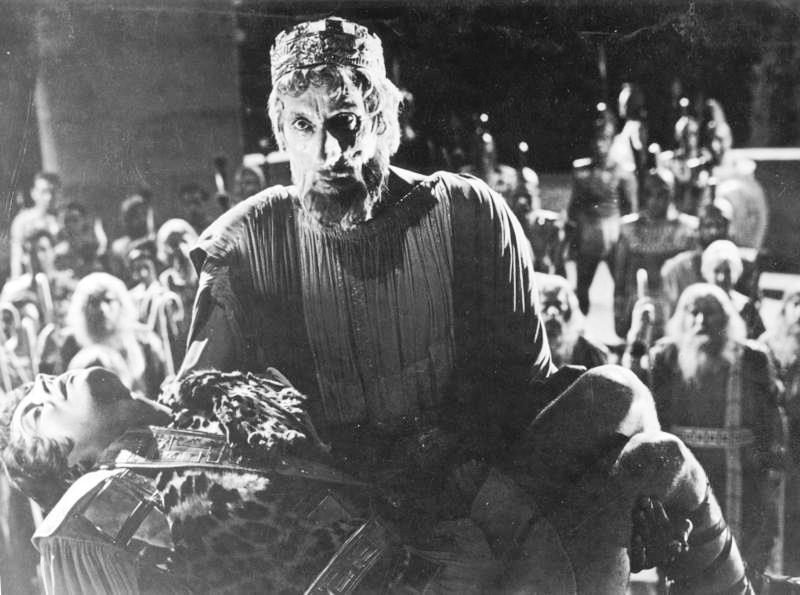 Now that you are familiar with Sophocles and his “Antigone”, it is time to discover all the issues the brilliant writer deals with in his play.

There is no doubt that the major theme of the play is a conflict between two beliefs that concerned the citizens of Athens at that time and, to some extent, it still concerns democratic societies nowadays. The first opinion was clearly stated by Heraclitus: “All human laws are nourished by one, the divine; for it prevails as much as it will, and is sufficient for everyone and survives everything”.

The opposite view is expressed by the modern trend of the 5th century BCE, the Sophists, who shook the traditional value system ​​of the Greek world. According to this position, “any laws that seem fair and good in a particular state are fair and good for this state as long as the state embraces them. If they ever turn out to be oppressive for its citizens, the wise man replaces them with other laws which seem more beneficial”. This is how Plato describes Protagoras’ opinion about the laws.

Obviously, Antigone agrees with Heraclitus: The laws given by the gods to humans won’t change but they remain valid in every era and every society. Any action against these laws is wrong, it disturbs the order and the offender is never left unpunished. The other opinion is that there are no laws which are beneficial for all and forever. “In all things the measure is man” Protagoras said, meaning that a law may be good for some people and bad for others. Even within the same state, the laws should be changed depending on the circumstances, in order to bring progress. This view is supported by Creon, who, like the sophists, agrees that the gods first gave laws to men distinguishing them from the animals, but that does not mean that the wise leader should not look ahead and adjust the laws when needed.

“Because the time is greater that I must be liked by those of the Underworld than the living, since in their world I will rest forever. But if your wish is to dishonor what the gods consider to be honorable, you are free to do so”.

This is Antigone’s statement when her sister Ismene refused to join her and tried to convince her not to violate the law. Later on, when Antigone was arrested while attempting to bury her brother and had to explain herself to Creon, she said: “It was not mighty Zeus who gave this order to me; neither did Dike (justice), who lives among the gods of the Underworld, establish laws like this one. Nor did I think that your edicts were of such authority, that, although a mortal, you would allow yourself to override the unwritten and unfailing laws of the gods. For these laws are not of today or yesterday, but of eternity and no man knows when they were first put forth. I never thought I would have to break these laws for fear of any man’s pride and thus getting myself exposed to the gods’ vengeance”.

A few decades after “Antigone” was performed, a lovable senior philosopher who had been accused of impiety by some of his fellow citizens, repeats Antigone’s attitude. Socrates was another defendant of the divine law who peacefully accepted the death sentence imposed by the city’s laws. He was also brave enough to declare to his judges “I shall obey God rather than you”. Once more, we come across the same attitude when Apostle Peter was arrested for preaching the new religion and repeated the exact same words by Socrates: “we’ll rather obey God than people”. No matter who the god is, the ancient opinion has survived.

Despite the changes brought by the Sophists’ arguments concerning the superiority of human law, faith in the eternal divine order survived and has a significant influence in moral systems until today. In the Western world, religion might have lost its former prestige, but every time we evaluate the moral of a person’s character or actions, we still refer to a superior unwritten law. We also evaluate the moral of our governors, like Antigone did, trying to find out whether a legal action is a moral action as well, thus recognizing that we are talking about two different codes.

In fact, we check whether the laws we accepted for our lives meet the single, unwritten moral code we’ve received from the time of Antigone. Since then, we’ve been evaluating the laws written by our legislators having the unwritten laws as measure.

There is no doubt that the Sophists’ ideas shaped the modern political science with their pragmatic ideas, which we have used as the foundation for rational rules to regulate the function of our societies. Sophocles great contribution was a warning: It’s impossible to have control over everything in an ever-changing life. We need something steady and everlasting as a common point of reference.

Chances are that most of us would say that Antigone has been punished harder than Creon, as she lost the most valuable thing humans possess: her own life. Creon on the other hand stayed pretty much alive, and it’d be no surprise if you’d wish to see him dead and Antigone married to Haemon, ruling Thebes and living happily ever after. That’s okay by me, but no one in ancient Greece would understand such an ending in a play. Back then, an honorable death was a good ending, while living in misery and disrespected by everyone was the worst punishment. That’s why the Athenians felt great respect for Antigone and pitied Creon, for being convicted to a life full of sorrow and indignity, abandoned by gods and humans.

Antigone was determined to die because she had no more reasons to stay alive. Her sister Ismene had become her enemy trying to talk Antigone out of her beliefs. Haemon who loved her dearly and shared the same beliefs, wasn’t reason enough either. Nobody was important enough to keep her alive. “You have a warm heart for chilling affairs” Ismene said, meaning “you are excited about things concerning the cold world of the dead” and Antigone confirms: “If I have to die before my time, I call that a gain. For anyone who lives the way I do, surrounded by misfortunes, how can there not be gain by dying?” She seems to feel so calm about her death that one is tempted to wonder whether she committed suicide in prison to make sure there was no chance of being saved. Sophocles kills his heroine to save her dignity and thus triggers the events that will plunge the arrogant Creon into a life of indignity.

Antigone died in misery as a victim of an extreme human law, but she went where she wanted to go in the first place: near her beloved parents and brothers who had died, where she would enjoy the approval of the gods. That is what she believed, but even if death is just nonexistence, Antigone gets what she wanted. Creon though, is condemned to live in misery for years to come. He failed to achieve anything he sought after. Devastated for losing control of the situation, disgraced in the eyes of his people and exposed to the fury of the gods (because he also respected the gods) he must live with the consequences of his actions. Whose end was better is something we can keep discussing for ages.

Nevertheless, Sophocles offers the last act on the stage to Creon. In his last stand he appears mourning and repenting for his damaged life, while the chorus (the elders of Thebes) is singing the last words in line: “Prudence is the dominant part of happiness, and one should not show disrespect divine matters. Arrogant men will have to repay their arrogant talk with great wounds, thus becoming wise in old age”

It seems that Sophocles is in favor of the eternal unwritten laws of the gods and he is skeptical about the new ideas of the Sophists. But let’s not rush to label him or Antigone as radical and backward religionists. Despite his pragmatic perceptions that follow the trend of the Golden Age of Athens, the regressive one in this story is Creon. And this is what the third and last part of our tribute to “Antigone” is dealing with. Stay tuned…