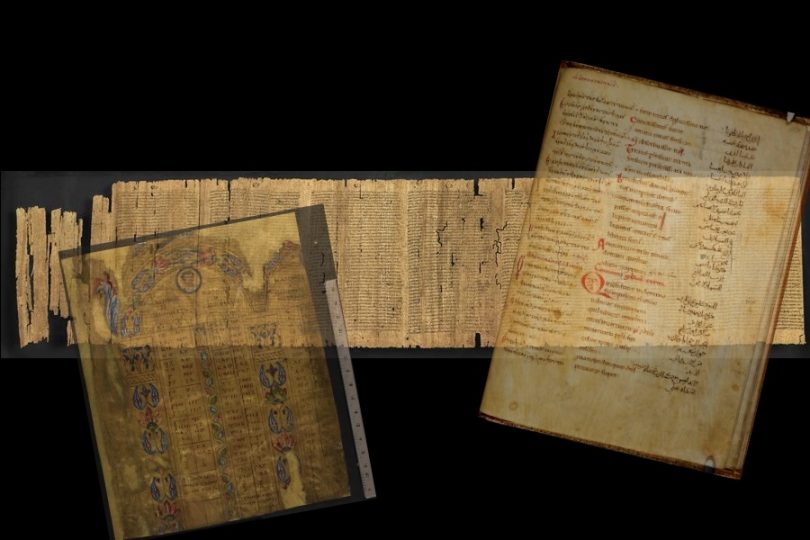 Have you ever wondered what books looked like in antiquity? Perhaps you have pondered why some manuscripts are written on paper and some on parchment? Did you know that the ancient Greeks thought up machines and robots powered by steam? These issues and more are taken up on a new web resource dedicated to the study of Greek written heritage. Greek Manuscripts, which officially launches today, is intended to complement and promote the hundreds of Greek manuscripts digitised by the British Library in recent years. The website contains articles on a wide variety of subjects relating to Greek papyri and manuscripts, written by experts from the UK, continental Europe, and North America. Additionally, several videos provide short visual introductions to key topics. Collection items discussed in the articles are given separate item pages, with links to the online catalogue entry and full digital coverage on Digitised Manuscripts.

The Constitution of the Athenians, written on papyrus in Egypt c. 100 CE (Papyrus 131)

Drawing on the rich collections of Greek manuscripts held by the British Library, the website provides succinct introductions to major themes and issues, directed towards a non-specialist audience. The project’s aim is not to present new scholarship, although some of the most exciting developments in recent research are reflected in several articles and videos. We especially hope that the website will be helpful to students, scholars in related fields, and members of the public, in orienting themselves in a subject area that can often appear daunting from the outside.

The articles are organised into five overlapping themes, reflecting some of the most important aspects of Greek manuscripts, classical antiquity, and Byzantine culture: art, religion, scholarship, the Greek world, and the makers of Greek manuscripts. They cover the entire chronological period represented by the British Library’s Greek collections, from classical antiquity down to the early 20th century. Many of the most famous items in the collections, such as the Golden Canon tables, the Theodore Psalter or the Aristotelian Constitution of the Athenians, are included on the site, but so are many lesser-known volumes that are of major importance in their own way. 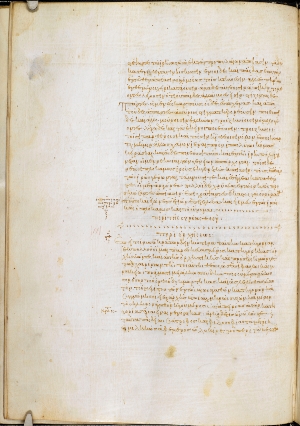 The earliest manuscript of the classical author Lucian, written in Constantinople in the early 10th century (Harley MS 5694, f. 60v)

A number of articles introduce complicated topics to the general reader. For instance, James Freeman surveys the shifting use of paper in Greek manuscripts, while Matthew Nicholls and Georgi Parpulov provide a clear overview of the history of libraries from Classical and Late Antiquity to the Byzantine Middle Ages. Other pieces take on a staggering range of material, to provide a succinct overview of a very broad theme: for instance, Dimitris Krallis’s article on Byzantine historiography, or Aileen Das’s survey of the transmission of Greek philosophy and medicine. 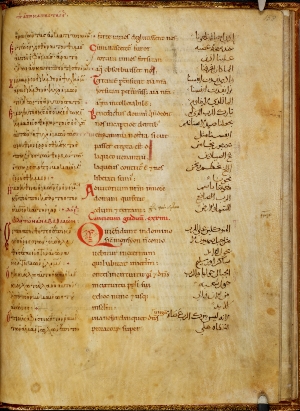 The biblical manuscripts that make up a substantial portion of the British Library’s holdings are well-represented on the website. Kathleen Maxwell shares her expertise in the Library’s illuminated Gospels, and the multifaceted transmission of the Old Testament in Greek is also surveyed. Greek manuscripts did not develop in a vacuum: they were circulated far beyond the limits of Greek-speaking antiquity and the Byantine empire. Peter Tóth presents just some of the examples of multilingualism that can be found in Greek manuscripts, while other articles look at topics such as the tradition of schoolboy compositions in Greek in Elizabethan England.

We will introduce more articles on the new website over the coming weeks, advertising them in a series of blog posts. The project, and indeed the preceding Greek Manuscripts Digitisation Project, has been generously supported by a range of donors, including the Stavros Niarchos Foundation, the A. G. Leventis Foundation, the Sylvia Ioannou Foundation, and many others. We are grateful to them and to the many experts who have shared their knowledge on the site. We invite everyone to explore the articles and videos and learn more about the British Library’s unparalleled collection of Greek manuscripts! 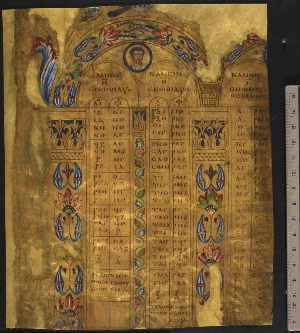