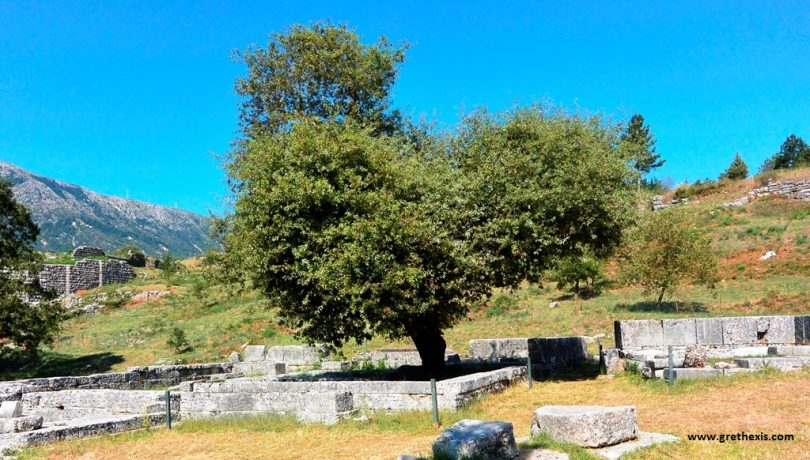 The most ancient oracle in Greece is located in the region of Epirus. No matter which time of year you’ll visit it, its beautiful natural scenery will charm you. «Theas axia» (worth seeing) was the name of Zeus’ temple at the time of Pausanias and a sacred oak tree stood proudly in the yard of the temple. There also were temples of goddesses Aphrodite and Themis, a sanctuary dedicated to Hercules, two small temples of Titaness Dione and many more small temples and sanctuaries which have not been excavated yet. Another important part of this holy place is the impressive theatre, which king Pyrros built in the 3rd c BCE. 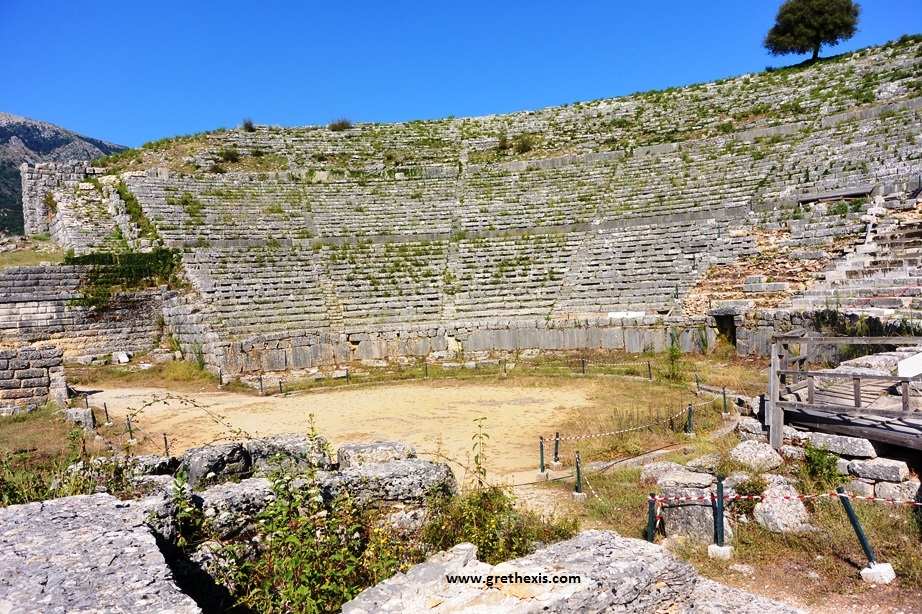 Aristotle mentions in his book “Meteorology” that the area is one of oldest areas of Greece and that it was highly hit by Deucalion’s Cataclysm. The inhabitants of the area around Dodona and Achelous were the Selloi and the Graeci, who are now called Greeks.

Dodona and the wider area of Thesprotia were inhabited by the Pelasgians since the Bronze Age.  The area was called Ellopia in ancient times and was known as the place where rain never stops.

Lyric poet Pindar tells us that, on his way back from Troy, Neoptolemus met with his grandfather Peleus in Ellopia and stayed there to reign over the area from Dodona to the Ionian Sea. He had brought back Hector’s wife Andromache and King Priam’s son, and prophet of Troy, Helenus as prisoners.

According to historian Herodotus, the Greeks believed the oracle of Dodona to be the oldest oracle of Greece and the only one dating back from the time of the Pelasgians. They’d pray and make offerings to anonymous gods, until the time of Homer and Hesiod when they were informed of the names of Egyptian deities. These two poets, Herodotus says, named the Greek gods for the first time.

Two black doves flew from Thebes to Egypt. One of them came to Libya, where the Oracle of Ammon-Zeus was founded, and the other came to Dodona, where the age-old sanctuary of Mother Earth stood. Having landed on the oak tree, the dove spoke out in human voice and said that this was the spot where the oracle of Zeus should be built. The oracle was founded and Mother Earth was still worshiped, along with Zeus, carrying her new name Dione, which is the feminine form of “Zeus” (from “Dios”, the genitive of the name Zeus).

The equivalent Egyptian myth says that two priestesses of Ammon-Ra were sold as slaves by Phoenician merchants. Both priestesses founded a sanctuary of Zeus at the places they ended up respectively. It was Zeus of Dodona Achilles prayed to when Patroclus went out to fight in his place: “King Zeus, of Dodona, Pelasgian. Help the Achaeans win and Patroclus to return unharmed”.

The unique ritual of delivering oracles 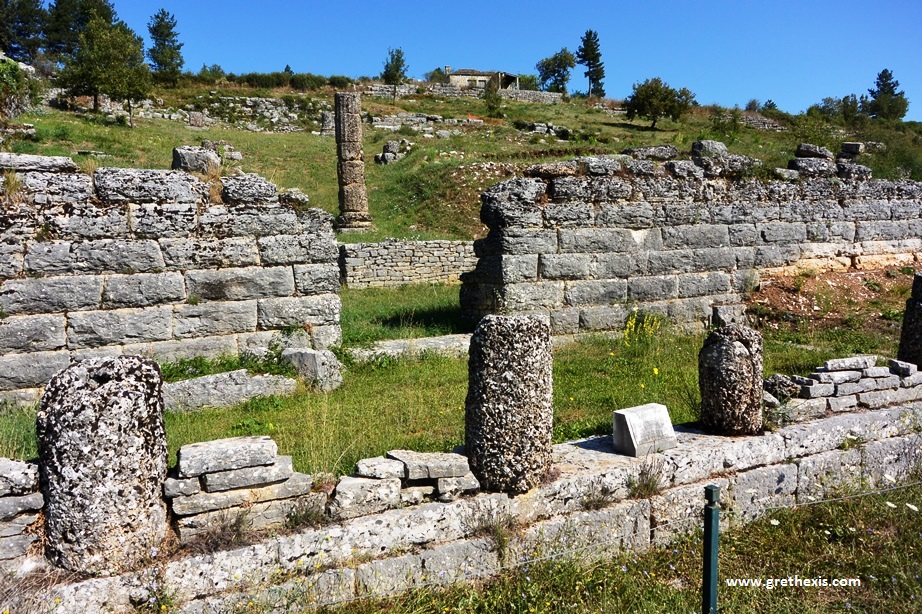 Three priestesses-prophetesses, called Peleiades (doves), were serving in the oracle of Dodona and at the time Herodotus the three were Promeneia, Timarete and Nicandra. The priestesses of Dodona always were progeny of old families whose origins are lost in the depth of centuries. Male priests also served with them, called Tomouroi.

Hercules, in Sophocles’ tragedy “Women of Trachis”, tells his story of when he received a prophecy from the “oak tree of many languages” in the “grove of Selloi”. This oak was the sacred oak tree of Zeus, but any tree of this leafy grove could give prophecies, beech and oak trees. These “many languages” were the tree leaves as they were rustling in the wind. To enhance this sound, they’d hang brazen cans on the branches and their clashing as the wind blew sounded like talking. The priests and priestesses of Dodona would interpret these sounds and deliver their prophecies. Goddess Athena cut a piece of wood from the sacred oak tree to carve the nose of the ship Argo, for Jason and the Argonauts to hear the ship talking to them in human voice.

There also were two pillars, on one of which was a brazen caldron and on the other a statue of a boy holding a whip. The whip struck the caldron and produced a loud noise when the wind blew. However, legend has it that the priests would also deliver prophecies by listening to the doves sitting on the branches of the sacred trees and speaking in human voice.

The worshippers wrote their questions in lead tablets and received the answer in speaking. On one of those found, the Corcyraeans ask to which god the heroes should make offerings to for their city to be happy and safe and one certain Anaxippos asks whether he’ll have sons from his wife Philista. But there are also tablets with the answer written in the back, like when one certain Aeschylinus asks whether he should take his ship to the Adriatic Sea and the reply on the back is: «μὴ πλεῖν» (do not sail).

The oracle was still active until 391 CE when Christian Emperor Theodosius the Great banned and persecuted any form of paganism. The oracle was shut, the sacred oak tree was cut and two Christian temples were built.

In the Acropolis Museum you can visit the exhibition “Oracle of Dodona” that aims at providing knowledge about the way it functioned and its role and importance in the ancient world and showcases the human need of predicting the future. This temporary exhibition will end on January 10th 2017. Don’t miss it! (www.theacropolismuseum.gr) ]