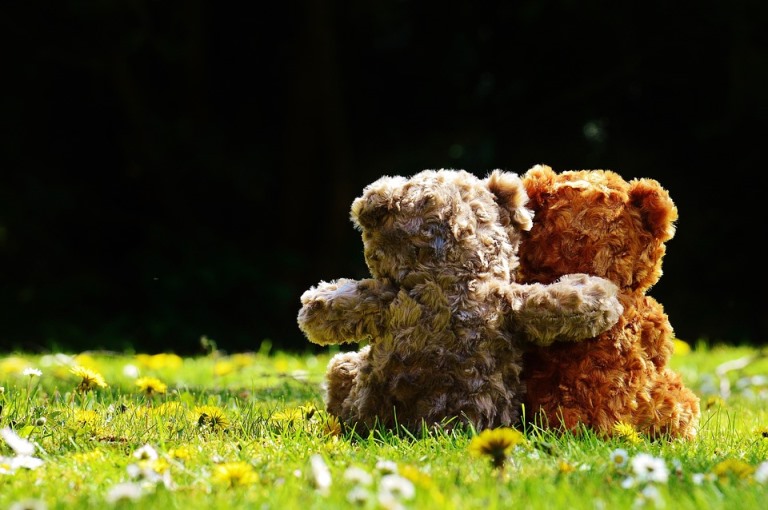 There is a good neighbor who volunteers to take care of your garden while you’re away. Or a colleague who will cover for you if you need to take a day off. Or someone you’ve known for years and he often wants to hang out with you and you’re having a good time whenever you meet. All of these people are your friends in some way and you’re lucky to have them. But how many of those are real friends, devoted to your friendship no matter the circumstances? Just a few, Aristotle says, because there are not many people who have the qualities required to create a “perfect friendship”. On the other hand, the value of a devoted friend is priceless. So, how can we create such a true friendship?

A nice story to start with

Orestes was the son of Agamemnon, the King of Argos, known to everyone who knows a little something about the Trojan War, and Orestes’ cousin was a young man named Pylades. These two guys had grown up together in Fokis and became inseparable friends. Their friendship is a model of love and devotion as you will see in the following selection of the Euripides play “Orestes”. And this is how we choose to start our exploration of the pure, true, or, «complete» friendship, as Aristotle calls it.

The act takes place in the palace of Argos, where Menelaos, Agamemnon’s brother is now the king. Orestes and his sister Electra are about to face the death penalty for having killed their mother. Pylades suggests that Orestes must escape, but Orestes is afraid that the Erinyes, the deities who punish murderers, will cause him madness to prevent his escape, and so Pylades reassures him and encourages him:

Pylades: But I will take care of you.

Orestes: It is annoying to touch a sick man

Pylades: Not for me, if it is you.

Orestes:  Beware not to become a partner in my insanity

Pylades: Don’t bother about that!

Orestes: So, you will not hesitate?

Pylades: I won’t; for hesitation is a great wrong among friends.

Orestes is grateful to his supportive friend:

Orestes: Well, the old saying goes “you must make friends, not relatives only”; for the man who fuses into your ways, although he is not family, is a better friend than thousands of relatives

However, Orestes is loyal to his friend as well. He tries to save Pylades asking him to not get involved in this matter and go on with his life. “And what will be my answer, once being back in Delphi? That I was your friend in the good times, but I abandoned you in your time of need? No, that’s not going to happen. This is my case to”, Pylades said.

Pylades doesn’t care if he has to die while helping his friend. What he cares about is that both of them (later, Helectra becomes the third member of this friendship) will share an honorable future among gods and men, either in this life or in a next one. His concern is for both of them to live or die as virtuous men. And this is the point where we meet with Aristotle’s mind.

“The feeling of friendship is wishing for someone what you believe is good, not for your own sake but for his, and being willing to bring these things about, as far as you can”

This is the definition of the real friendship by Aristotle, and now you’re probably trying to find out where there is someone among your friends that your feelings for him match this definition. For most of our friends it doesn’t really. For some of them it is almost true, but that kind of friendship that Aristotle describes is a rare thing to happen. Well, we’ll get back to this later. For now, don’t worry, friends of any kind do matter.

Aristotle claims that the motive behind every friendship is some kind of benefit. In most common forms of friendship we choose friends, or are chosen as friends, with the criteria of usefulness or pleasantness.

Think about how many of your former friends are now like strangers to you. How did that happen? Did you lose them after a fight, or was it maybe just time and distance that drew you apart? Do you remember a friend you used to have and you can’t even remember why and how you drifted apart? Don’t be sad if you find there are many them. It’s totally normal, as most of our friendships work only for a while and are not meant to live forever. Some friendships cross our paths at some point of our life to cover some needs, and as soon as these needs are covered, the friendship is of no more use. Nothing wrong with that, it’s human.

This would be the first type of friendship, when we are bonding with someone “not because he is a friend, but only according to the level of its usefulness”. Just like the alliances between countries according to their interests, we sometimes befriend our neighbor, our employer or some professional of any kind who can be very useful. No doubt, other people choose me and you for the same reason as well.

The second type is similar to the first one, only that now the aim is to gain pleasure. This is when people “love those who offer pleasure. For they don’t love the charismatic persons for themselves but only because they are pleasant to them”. This kind of friend could be a celebrity, a charismatic lover, an intelligent teacher, a successful writer, or just people who are amusing. We can be also this kind of friend to someone, although we don’t realize it.

The types of friendships based on usefulness and pleasantness are where we practice our socialization skills at most. And all these friends, whose whereabouts we no longer know, had just been friends of utility or pleasure to us (or/and we to them). Friendships like that are meant to become sweet or bitter memories sooner or later, because in this case we love some useful qualities and not someone’s personality as a whole. Inevitably, as time goes by, people and circumstances are changing and we are in need of different qualities, hence new friends.

“Such friendships are dissolving easily, for the individuals involved don’t remain the same […] Besides, someone’s interests are changing as time goes by. Hence, when the motive of the friendship has passed, the friendship itself is disbanded, having existed only as a means to that end.”

However, there are some friendships that last for many years, if not forever. How come these friendships deal with all these changes?

The secret to a perfect type of friendship that never gets old, a bond beyond usefulness or pleasantness that doesn’t wear out, is always one and the same for everyone. It’s a small but great word:

“True friends are the ones who desire what’s good for their friends because they are inspired by the feeling of friendship as such and not according to circumstances. Since virtue is permanent, while friends remain virtuous, their friendship remains stable”

Sharing the same traits or lifestyle helps but is not enough to achieve the perfect friendship, the deep connection with our friend. Why?

Think about two individuals who are unfair, self-involved and irritable. They could be friends of the first or the second type, but could they be real friends? Aristotle says they couldn’t, because eventually one of them will take advantage of his friend to his own benefit or will insult him cruel as he is. A bad person is not capable of loving anyone, thus he can’t be, and can’t have, a devoted friend; not a bad one nor a virtuous one.

On the contrary, two individuals of the virtuous kind, the way Aristotle describes them, first of all, they love and respect their own selves. As they strive for justice, they desire for their friend the same things they seek for themselves. Being moderate and self-contained, they are able to cope with adversities without hurting their friend. They are brave and won’t fear to take risks in order to help or save their friend, just like Pylades did, saying that among friends there is “one fight, one penalty, and we must live or die together”.

Such a friendship offers both parts, usefulness and pleasantness. But in this case, these are the results and not the purpose of this friendship. Even if circumstances change, truly devoted friends will adapt and their friendship will remain.

Is it worth trying?

Although, in general, friendships of the first two categories meet our social needs, we always long for a permanent, true friend who will love what we are and not what we have. The problem is, “The desire for friendship is born quickly, but not friendship itself”. Aristotle says that you cannot get to know a person well before you “eat salt together”. This is an expression we still use in Greece. We say “we ate bread and salt together” when it comes to a friend with whom we have shared many exciting (often tough) experiences. This saying indicates that it is necessary to spend a lot of time with someone until we get to know each other, well enough to realize that we can really become true friends. While virtue is the bonding factor, habitude is what empowers that bond, through interaction and experience.

A perfect friendship is not easy to achieve, that’s for sure. On the other hand, things easy to acquire are not of great value, usually. But how do you value a friend who can be always trusted, who is always there for you to offer his wise advice and support you? What is the value of a friend who won’t hesitate to risk everything whenever you are in danger, who is able to understand your thoughts and feelings and will not believe any slander against you? What is it worth to have such a friend who is at the same time useful and pleasant to you, a friend who shares your pleasure in what is good and your pain in what is unpleasant, for your sake and for no other reason?

If you have the feeling that someone among your ordinary friends could be the virtuous mate of your perfect friendship, there is only one way to make it happen. You have to become the virtuous individual he would like his friend to be.

There’s no other way!