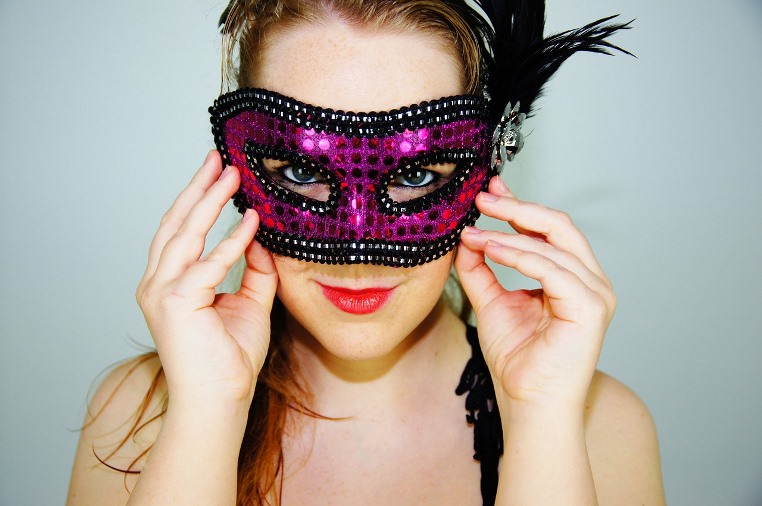 After Pericles’ death from the plague in 429 B.C, the dominant figure in Athenian politics became his opponent Cleon. This notorious demagogue was a tanner of noble birth. Due to his terrible attitude, he showed up in the Ecclesia of Demos (the Athenian kind of parliament) sloppy dressed, shouting and cursing, always ready to pick a fight. Aristophanes often satirizes his demagogic tricks and the Athenians loved to see the politicians of their own choice being mocked, and so do we.

The pro-war Cleon, one of the most famous populists, is represented by a slave of Demos named Paphlagon in the play “The Knights” (Hippeis) by Aristophanes, with which he gained the first prize in the festival of Lenaia in 424 B.C. (the 7th year of Peloponnesian War). Demos is a character representing the body of peoples’ assembly, namely the Ecclesia of the Athenian Demos.

Two other slaves, who represent the politicians Demosthenes and Nicias, are trying to get rid of him and replace him with someone else, because he had caused them too much trouble: Using his precious talent of flattery, he was very much loved by their master, the elderly “Demos”, who is in fact the people of Athens. But, how would they find someone who could be such a master of populism, whom Demos could love more than Paphlagon?

How to become a popular leader

The two slaves pick randomly Agoracritos, a poor and uneducated sausage-seller who was passing by, and they will try to convince him that he is a suitable ruler for Athens.

“How could I? I’m just a sausage- seller”, Agoracritos wondered.

“That is precisely why you will be great, because you are a market rogue without shame… A demagogue must be neither an educated nor an honest man; he has to be ignoramus and rogue.”

But Agoracritus is not conviced, yet: “I do not at all understand how I can be capable of governing the people.”

“Nothing simpler than that. Keep doing what you’re doing; mix and knead together all the state business as you do with your sausages. Keep the people on your side using sweet and well-cooked words. Besides, you already have all the qualities that make a demagogue: dirty voice, humble ancestry and the street behavior of the market-place. Come, take a wreath and offer a libation to Coalemos, the god of Stupidity…”

Now that the surrogate was in place, the two slaves, supported by the chorus of the Knights (these were the superior class, the Hippeis who served as cavalry, namely they could afford a horse) and by the Athenians of the middle class, attack Paphlagon, “the villain, the public robber, the greedy man, the devouring Charybdis…”

Paphlagon is now trying to defend himself and an amusing debate begins.  It is amazing how a fictional political controversy resembles to what happens in politics nowadays.

Round One: Aspersion and Threats

Paphlagon (shouting): “I expose this fellow and I claim that he has had stews exported from Athens for the Spartan fleet.”

Sausage-seller: “And I expose him; he runs into the Prytaneum with an empty belly and comes out with it full.” (he is implying that Paphlagon was stealing the supplies)

S: “I shall calumniate you, if you become a Strategus” (Strategus= General)

P: “I will cut you to shreds if you say another word… These are my own special tricks. I will denounce you to the Prytanes for not paying taxes for your products.”

Round Two: Offers and Deals

The debate is not over yet. They go to the council house (Bouleuterion), where the cunning sausage seller is about to reveal a very important secret to fascinate the Senators. They will honor him with a wreath for baring good news.

He said: “Senators, I wanted you to be the first to hear the good news; since the war broke out, I have never seen sardines at a lower price! Hurry, go buy as many sardines as you can now that the price is so low!”

Plaphagon strikes back: “Friends, we should offer one hundred oxen to the goddess in recognition of this happy event.”

Well, people always applaud free food and religious festivities, and so Agoracritus offers to sacrifice two hundred oxen to honor goddess Athena, plus one thousand goats for goddess Artemis. The Senators where very pleased with him and Paphlagon played his last card: He begged them to listen to the Lacedaemonian messenger who had come to negotiate peace.

This was an impressive move indeed, given that Paphlagon (= Cleon) was a passionate pro-war politician and had repeatedly accused Pericles of pursuing a peaceful solution with the Peloponnesians. Nevertheless, it was too late for this. The Senators did not care anymore!

“What peace now? Now that we have cheap sardines, you foolish man, we don’t need peace. Let the war take its course!” Then, everyone ran to the market to buy the cheap sardines.

Agoracritus takes advantage of the situation and offers coriander seed and leeks for free, as seasoning for their sardines. Now he can brag that he could buy out the entire Boule (all the Senators) with only one obolos. The price of the seasoning that is!

Paphlagon is now furious for losing a battle to a newcomer like this! So, he demands to let the people (the character Demos the elderly) decide and says to Agoragritus:

“(Demos) does not believe you, whereas I play with him at will. I know exactly how make him become smaller or larger.”

Then he calls Demos to come out:

“Sweet Demos!… Come forth and see me suffering for your sake. They beat me, for I’ m in love with you, my Demos”

“But, I love you too, my Demos”, Agoracritus interferes, “and I want to make you benefit, but this guy here won’t let me”

Paphlagon fights back: “Who’s gonna love you more than I do? Once I became Senator, I raised so much money for you, disregarding all those I had to drown or to hang and those who lent me money, because I knew you liked it”

The sausage-seller is going mad!

“There is nothing special about that; I will do as much, Demos; I will steal the bread of others to serve it to you. I’ m going to prove that he doesn’t love you, nor does he care for your well-being; his only care is to enjoy your warmth. He doesn’t bother seeing you sitting uncomfortably on a rock; you who, sword in hand, saved your country from the Median yoke at Marathon; you, whose glorious triumphs we always love to praise! Whereas I, I bring you this pillow, which I have sewn with my own hands, so that you don’t lose what you had while fighting in Salamis”

The audience rhapsodized about this populist action of the strange ruler to be, but Paphlagon reminds them that Athens ought to gain power over every Greek city, no matter what! Until that day, he shouted “I will nourish him, look after him and, above all, I will ensure to him his three obols every way I can, legally or illegally”, but his opponent argues against his promise.

“Not true! Little do you care for Demos’ having the power! What you really care about is plundering and getting bribed by the allies, while Demos may see none of your rogueries, being lost in the mist of war, and strained by his needs he’ll depend on you for some income. But if peace is restored and he happily returns to his lands to find some relief while eating some barley pie and comes to his senses after drinking some tsipouro (pomace extract), then he will know which, and how many, blessings you kept from him in order to pay his salary. Then he will come to you with his brutal manners and he will vote against you. You’re very well aware of all these, and that’s why you mislead him with daydreams”.

Now, Demos is once again touched by the Sausage- Seller who offers his sandals and coat.

Paphlagon, almost defeated, promises to give them a salary with no need to work at all! And more ridiculous offers follow coming from both sides, like removing all the white hair from Demos’ head to make him look young again.

Are the people wise or stupid?

The Knights accuse Demos of being naïve. You are so easily deceived; you believe any nice words anyone says to you! But the Knights didn’t see Demos’ reply coming:

“You have no brains under your hair if you think I’m foolish; I’m playing the fool on purpose, for I love to beg water all day long and I like having a thief to protect me. Then, once he has gorged himself, I overthrow him and beat him down… See for yourself whether I manipulate them wisely, those who brag about their cleverness and believe they can deceive me. I keep my eye on them every time they steal, even though it appears like I do not see them; then, using my vote in the court of justice, I make them vomit everything they stole from me”.

The two opponents seem annoyed by this statement and keep making promises, but Demos no longer trusts them:

“I’m really-really sick of both of you!”.

And they keep offering their goods emptying their basket…

However, Demos has to choose one of them anyway. Who’s it going to be? It is the one who offered everything without keeping a thing in his basket. And he knows now that Paphlagon had not been that generous in the past and nor is he now! He had his basket full of goods but he shared with him only a tiny piece of it!

“Oh! You scamp! This was the way you robbed me while I was loading you with chaplets and gifts?” , Demos said and offered the wreath of the winner to Agoracritos, the Sausage – Seller.

“I’m really ashamed of the mistakes I’ve in the past”, Demos said.

But his new protector is here to comfort him.

“It’s not you who are to blame, but those who betrayed you”

This is how a demagogue was beaten and overthrown by another, but neither would the Athenians, nor we all, live happily ever after.