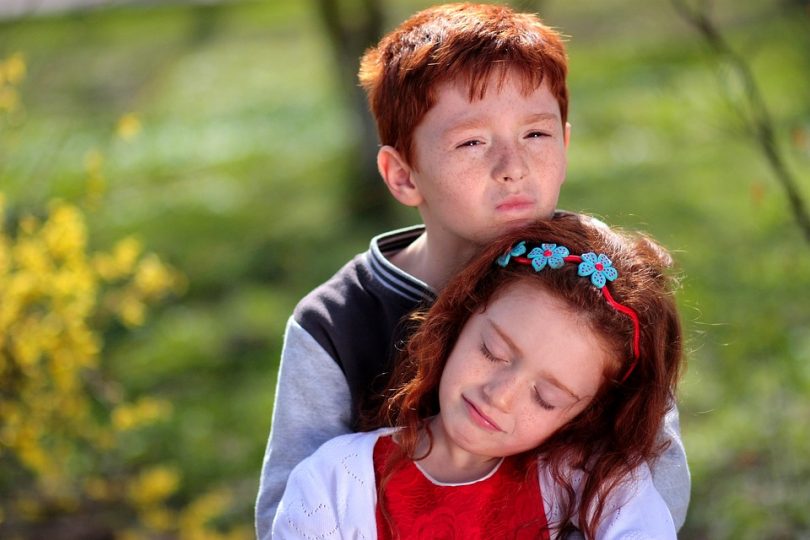 Our siblings are our natural allies. They’re our first friends; they’re the ones we talk to about the secrets we keep from our parents. They’re our first competitors in the race of prevailing in our environment, but they’re also the ones we feel we can turn to for help all our lives. Our siblings are the people who remain in our life forever. Either as our best friends, or as the wound of an irreplaceable loss, if the relationship doesn’t work out. We can’t make them disappear like we would do with ex friends and partners.

This unique type of relationship is often one of the dominant subjects in Greek literature and mythology. Let’s find out about brothers and sisters of another era, with principles and values which may or may not be similar to ours, but nevertheless with the same emotions that enrich siblings’ relations nowadays.

Among the most famous siblings of Greek antiquity we find the children of the royal family of Argos in Mycenaean times. Atreus’ sons, Agamemnon and Menelaus, and Agamemnon’s children: Iphigenia, Electra, Chrysothemis and their brother Orestes. Their father was the commander of the united Greek armed forces in the Trojan War. Almost all of the kings of the Greek territory joined this military campaign against Troy to bring back beautiful Helen of Troy (Menelaus’ wife), who had been taken by the prince of Troy, Paris.

The Greek fleet gathered in the port of Aulis, but the lack of winds prevented the departure. Goddess Artemis was punishing Agamemnon for having killed a sacred deer in a sacred grove and was now asking his daughter, Iphigenia, to be sacrificed in return. The king sends a message to his wife and daughter at home asking them to come to Aulis on the pretense of having arranged for Iphigenia to marry Achilles. However, he soon regrets it and sends a messenger with a second letter cancelling the call of the first. But Menelaus catches the messenger and reads the second letter. A huge fight breaks out between the two brothers. Menelaus is in hurry to set off for Troy to bring back his wife and Agamemnon is trying to save his child’s life. Clytemnestra and Iphigenia, not having received the second letter, arrive in Aulis soon after and now Agamemnon has no choice. He can’t back off, as this would make him look weak and unreliable in the eyes of the army. When Iphigenia comes to talk to him, he dives into sorrow. That moment, Menelaus deeply regrets the bitter words he spoke to his brother.

Menelaus: “The sight of you in tears made me feel pity for you, and in return I shed a tear for you myself; I withdraw from my former proposals, ceasing to be a cause of fear to you; yes, and I will put myself in your present position; and I counsel you, do not slay your child or prefer my interests to yours; for it is not just that you should grieve, while I am glad, or that your children should die, while mine still see the light of day. What is it, after all, I seek? If I am set on marriage, could I not find a bride as choice elsewhere? Was I to lose a brother—the last I should have lost—to win a Helen, getting bad for good?

…What has your daughter to do with Helen? Let the army be disbanded and leave Aulis; dry those streaming eyes, brother, and do not provoke me to tears.”

Orestes and his sisters 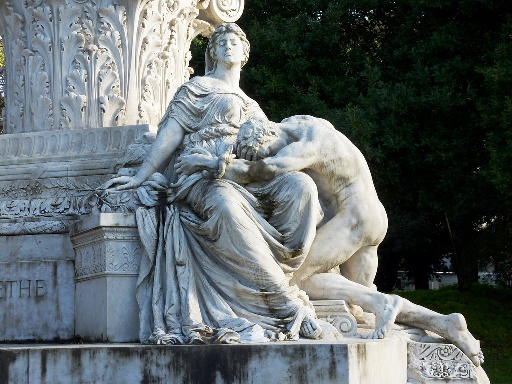 Iphigenia was not sacrificed in the end, even though everyone thought she was. Artemis put a deer in her place and took her to unhospitable Tauris in Crimea to become a priestess at her temple. At some point, Orestes, her brother, arrives at Tauris with his friend Pylades having been ordered by the Oracle of Delphi to carry off the wooden statue of Artemis. One of Iphigenia’s duties was to honor the locals’ custom of sacrificing any stranger to Artemis. Luckily, she recognizes her brother just in time and falls into his arms longingly:

Iphigenia “O dearest, for you are my dearest, none other, I have you, Orestes, far from our country of Argos, my darling.”

Orestes “And I have you, who were thought to be dead. Tears, and laments mixed with joy, fill your eyes and also mine.”

The siblings escaped and returned back home to Greece.

After the end of the Trojan War, Agamemnon returns to Argos victorious. But soon after his return, his wife Clytemnestra and her lover Aegisthos kill him. Clytemnestra could never forgive him for sacrificing Iphigenia and Aegisthos had usurped the throne with no intention of giving it back, ever. Years later, Orestes comes back home and finds Electra, his other sister, at their father’s grave. Electra speaks out with great love for him:

Electra: “O best beloved darling of your father’s house, its hope of a saving seed longed for with tears, trust in your prowess and you will win back your father’s house. O delightful eyes that have four parts of love for me: for I must call you father; and to you falls the love I should bear my mother, whom I most rightly hate; and the love I bore my sister, victim of a pitiless sacrifice; and you were my faithful brother, bringing me your reverence.”

In Sophocles’ version, Electra initially meets a stranger who hands over an urn of her brother’s ashes. With the urn in her hands, Electra gives into desperate lament:

Electra: “Memorial of him whom I loved best on earth, sole remnant of Orestes’ vitality! How contrary to the hopes with which I sent you away do I receive you back! Now I raise your nothingness in my hands; but then, my child, you were radiant, when I sent you away from home! Would that I had first abandoned life, before, stealing you away with these hands, I sent you to a strange land and rescued you from death, in order that you might have lain dead on that same day and had your share in the tomb of our father! But now, an exile from home and fatherland, you have perished miserably, far from your sister…

How you have destroyed me, destroyed me indeed, my brother! Therefore accept me into this abode of yours—me, a nothing, into your nothingness,—so that I may dwell with you hereafter below. For when you were on earth, we shared equally…”

But soon after she finds out that the stranger is Orestes himself. As he was seeking revenge against his father’s killers and throne usurpers, he wanted to make sure his sister was still loyal.

Castor and Polydeuces (Pollux), the twins 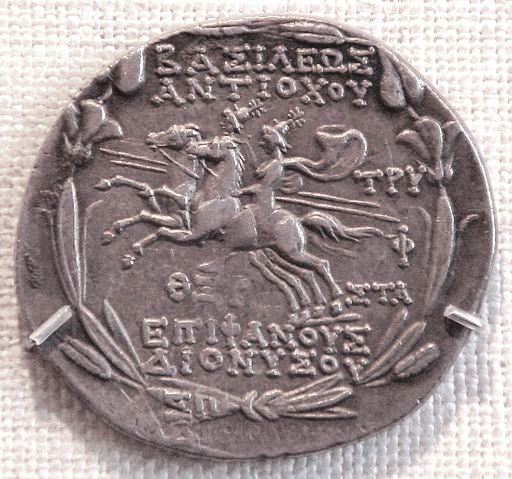 Another model of sibling’s affection were the twin brothers and deified heroes known as Dioskouroi. One day, Castor got badly injured in battle. As he was dying, Polydeuces cried out to Zeus with hot tears welling his eyes: “O Father, son of Cronus, what release shall there be from sorrows? Grant that I too with my brother may die, great king, I beg thee. A man’s honor is gone when he is deprived of friends; but few mortals are trustworthy in times of toil to share the hardship”. Zeus accepted the plea under the condition that if he wanted to share everything with his brother, he’d also have to share his immortality with him. Polydeuces was the son of Zeus and thus could become immortal, but Castor could not. The choice Zeus gave meant that they’d live in turn; one of them would live among the gods on Mount Olympus while the other among the dead in Hades on alternate days. Polydeuces accepted this without a second thought and both brothers shared this same fate in life and death.

Sappho and her brothers 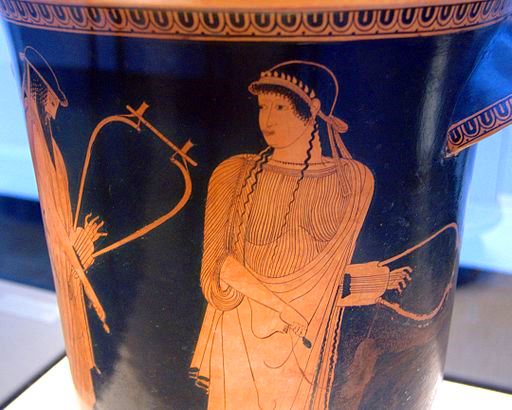 A poem, never-before seen, written by lyric poet Sappho for her brothers emerged recently. Charaxos was away on a long journey and Larichos who, from what we can tell, had made choices that brought distress to his family. Sappho is worried:

And you keep nagging of Charaxos’ coming with a full ship

But these matters, I think, Zeus knows and all the other gods; so you don’t need to think about them,

but just send me and bid me to strongly entreat queen Hera and persuade her to let Charaxos bring his ship safely back and find us whole.

All the rest let’s leave to the gods;for peace out of great gales soon follows.

For those that the king of Olympus wants, he’s already sent an angel to deliver them from pains; and they are blessed and very happy;

And we, if Larichos lifts his head, and certainly ever grows to be a man, we shall, from such great sullenness quickly be released.

And a last one…

Euclid, Socrates’ student, heard his brother saying to him “I’ll die if I don’t punish you”. And Euclid replied: “I’ll die if I can’t make you love me”.

*The Greek word for brother/sister is Adelphos/e, and derives from copulative prefix a- “together with” + delphys “womb”, meaning “from the same womb”. (Related to “dolphin” and “Delfoi”). The Greek word for “brotherly love,” is philadelphia from philos “loving” and “adelphos”