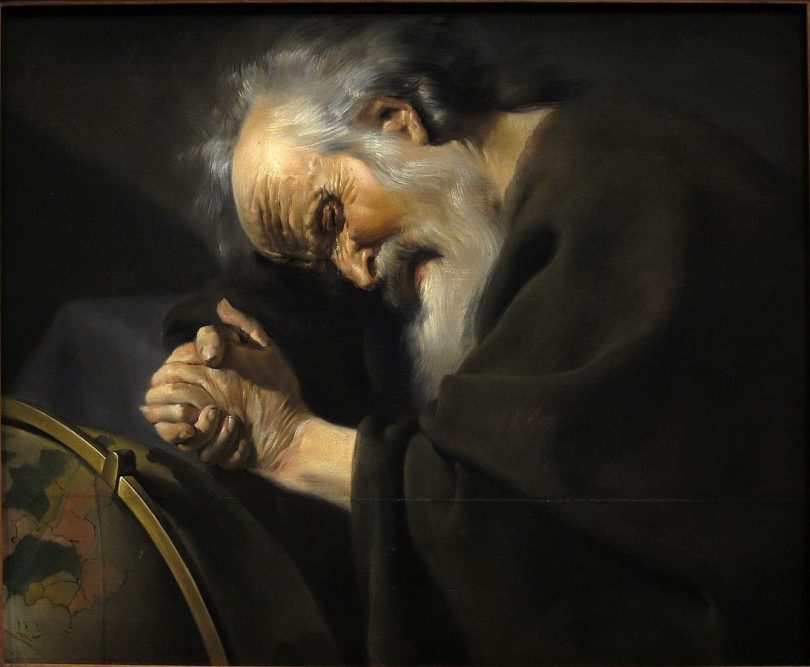 “I’ve explored myself”, Heraclitus says, he who had never been a student to anyone. He looked deep inside his mind for the truths of life and thoroughly considered all of the data his five senses offered. When he finished his study, he wrote down his conclusions and thoughts. And that, he did in his own unique way; resembling no other.

1. “Self-control is the highest virtue, and wisdom is to speak truth and consciously to act according to nature”

“What is my place in the environment I live in, what are my special characteristics, what makes me be like all the others and what differentiates me from the rest? What is important to me and what couldn’t I care less about? What makes me have fun and what makes me get bored?” The answer to these questions shows who I really am. Accepting the truth is the first big leap.

Obviously, you can’t solve all the world’s riddles by discovering yourself and nor does this provide you with answers to the questions all humans ask. But at least, you discover a part of the wholeness: yourself. Does it help me in my quest of understanding the whole, namely, to become understandable and being able to understand the world?

2. «The many do not pay attention on what the Logos reveals when they meet them by chance, nor do they understand them when they are taught, though they think they do»

According to Heraclitus, there is an adjusting-balancing factor for the whole world, a mental path that is common for all, no matter our particularities and distinct destinations. If we ignore the existence of this balancing factor, we’ll be walking down the wrong path circling around ourselves without ever getting anywhere. This, let’s call it, mental Authority is unique and common to all people wherever and however you live. It’s called Logos.

Heraclitus was not into giving definitions and that’s why he didn’t write down an extensive description of this Logos. Still, he gives us signs that can lead us on this quest. But before looking at these signs to lead us to this Authority, let’s take a step back and look at the word he uses; because Logos is a word of many meanings in Greek and it requires a multitude of words to translate it into other languages. And when you combine this word with other words, then the meanings multiply even further. 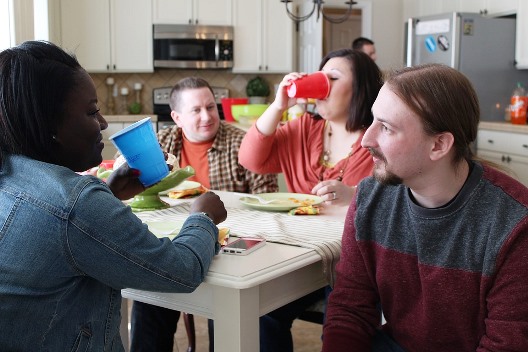 Logos are the words we speak or write in order to communicate with others. And when I talk with someone, we’re having a conversation, a dialogue (dialogue = dialogos, preposition dia+logos). Whilst when I disagree with someone, there’s response (the Greek word for response is antilogos, preposition anti+logos). Simple like that, we discover and get to know the universal Authority called Logos by listening and having conversations or by reading the words of others.

Logos also means estimation or calculation, analogy (ana+logos). Through analogy we’re able to compare two opinions or situations, to find similarities and differences, to judge and make decisions in the end. This whole process makes us cogitate (syllogizomai, also related to Logos).

Logos is also the cause. We’re looking for the cause when we ask “for what reason did he talk to me this way?” for “reason” is a synonym for “cause”, both in English and Greek. When searching for the cause behind facts and intentions we can get a better picture of things happening in our environment. This search is of course a part of the process of cogitation, too.

Last but not least, Logos is also a word for reason, which means both cause and logic, and reason is after all the ultimate goal. The purpose is to be able to recognize the logical connection of things in order to be immune against useless, and often harming, fantasies. When Heraclitus encourages us to keep up with this universal Logos, what is he asking us to do? He is encouraging us to become more reasonable; to form well-proven opinions and resist anything unreasonable (paralogos in Greek).

But are all people entitled to Logos? And if so, what’s the process of getting access to all the things Logos can bring to light?

Heraclitus says that, potentially, all people may have access to Logos. However, next you’ll find out that only those who are willing to explore themselves, as well as their environment, are capable of discovering the universal Logos. Most people can’t understand Logos because “they live like if they had their own opinion” and they choose to ignore the fact that each person is just a small part of the whole. But those who are willing to take on this quest and explore (as this is the only way to learn Logos), should also accept certain truths, which we often avoid thinking about.

3. «You cannot step twice into the same river» 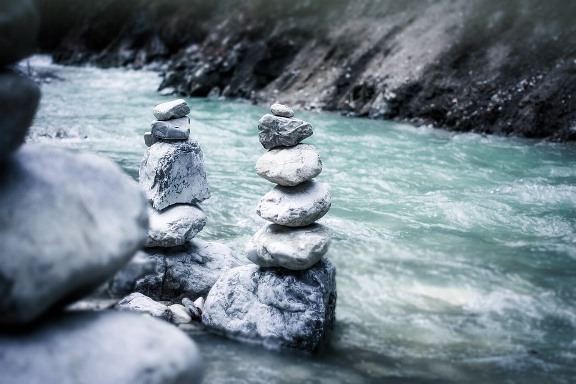 We should avoid getting caught up in the illusion of stability. People often fall into the trap of this illusion because they don’t see all the changes that happen around them. Have you ever met an old childhood friend who is middle-aged now? That’s always a surprising occasion. The exact same years have passed since you had last seen another, both for your friend and yourself, but still the moment you see him you wonder “how can he have grown so old?” And then, melancholy hits you hard. “Those were some good times”, “time passes too quickly”, “where have those good old days gone”…and more sad thoughts follow. This happens because we don’t remind ourselves of the truth that no one remains the same, neither physically nor mentally or psychologically. Your childhood friend is still the same person carrying the same name, but at any given passing moment he changes and a different person is formed. Like it or not, this change obviously happens to myself and anybody else too. People, situations and our natural world constantly change, and in the most part, we have no saying in this. Demanding total control over everything and being terrified whenever change happens will add unnecessary causes of stress to our life. And who needs more stress…

4. “Justice is conflict, and all things proceed through strife and necessity”

Balance and perpetual change in the world are the results of the constant conflict of opposites. We observe a seeming serenity, but in fact, there’s a never-ending war going on behind the curtain and none of the colliding opposite forces is prevailing. If one of the two forces were to prevail, the world would collapse. That’s how human society functions, and if Heraclitus is right, a world of total tranquility without conflicts and tumult is unfeasible. If we have put our hope on such a tranquil development, time will prove us wrong.

Certainly, somewhere deep inside, all of us need to believe that there’s a way to avoid any disturbing tensions in various areas. It’s high time we’d focus on how to handle the tensions instead of just wishing for them to disappear. Heraclitus did not believe that some positive energy, or a deity, could save us from harm.

“Man’s god is his character (ethos)”, he said, as he was convinced that Logos, the universal balancing Authority, will make sure to even out any situation that disturbs order, but it’s not certain that we’re going to like the solution. Because for god (as Heraclitus understands the divine) “everything is good and beautiful and just, but it’s the humans who put the labels of right and wrong”.

5. “They are as ignorant of what happens when awake as they are forgetful of the dreams they see when asleep.” 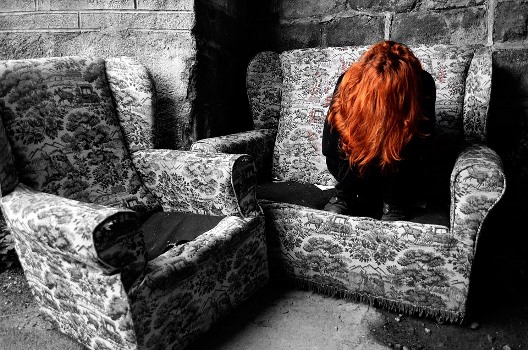 In excerpt 89, Heraclitus says that we all are under the same law while we are awake, meaning that we share a situation common to all people, but when we are asleep, each person lapses into a world that’s his own exclusively. We can’t share our night dreams with anyone, right? But there can be no similar isolation in day-light. Whether we like it or not, we share our common world and this gives us the great opportunity to understand our common Logos, and this is the final goal. But how?

Heraclitus does not propose a system of meditation or prayer. To be frank, he doesn’t propose anything. However, he points out that our senses are that the only means to approach the immaterial Logos. We gather information for our environment from all the things we touch, hear, smell, taste and, mostly, see. Every tiny piece of information our senses gather gives us a small portion of knowledge which brings us a step closer to understanding Logos. As long as we try to understand and realize what our senses tell us, even a bit at a time, we will be regularly training our ability of reason. 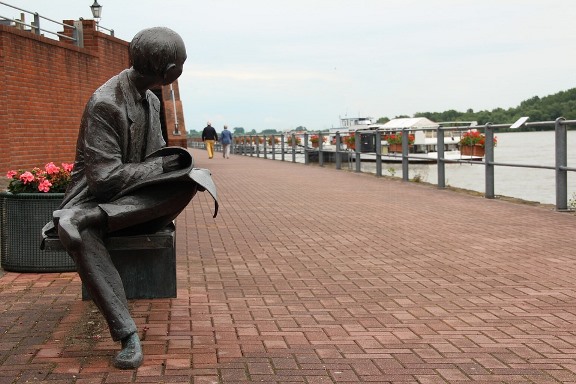 Take a moment to think about how much time we spend on the tedium of daily life without consciously realizing what we’re doing. Don’t you often try to remember whether you locked the door on your way out? Why is it so hard to remember such a simple action? You could see your hand turning the key, but you were not looking at it because you were performing the action unconsciously.

Habits like this are automatic and this prevents us from properly consuming information and stimuli. We shut down blocking the outside world, as we do in our sleep, staying alone in our own melancholic little world. Once in a while, try to stop for a few seconds. Make it your habit to observe yourself, observe the houses and trees on your daily route to work, the small details in your office, the people around you; you will see a bunch of things that have gone unnoticed so far.

6. “This world, the same for all, neither any of the gods nor any man has made, but it always was, and is, and shall be, an ever living fire, kindled in due measure, and in due measure extinguished.”

So after all, any idea what Logos is? It’s the regulating law of the world. It’s not a god-person, it doesn’t have creations, it doesn’t intervene on our behalf. Logos regulates, but does not determine. It’s like the orchestra conductor who hasn’t composed the music nor plays an instrument during the concert. But it’s his job to ensure that the musical piece is performed harmoniously. 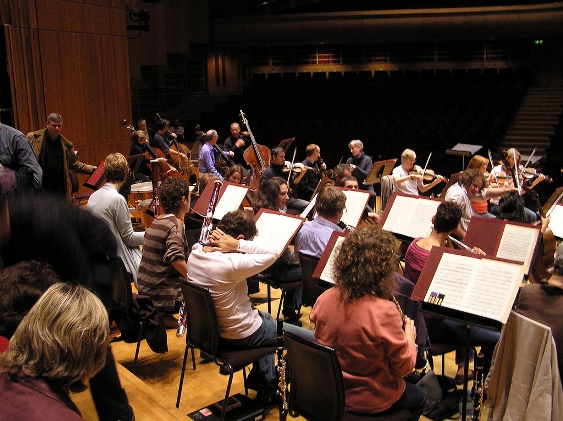 We have two choices: we can remain stagnant in the tedium of daily life, or we can get up and make our life more interesting and satisfying. In any case, the laws of the world won’t change. But we can align with them.

Heraclitus lived to the age of 60. He spent all his life in his great hometown, Ephesus in Asia Minor, which was inhabited by Greeks in his time. The city was under Persian occupation in the end of the 6th c. BCE, but still autonomous, given the circumstances. Even though of aristocratic descend (he descended from the founder of Ephesus) he was never interested in the rich and glamorous lifestyle. Instead, he chose isolation and contemplation.

His historical nickname is “The Dark Philosopher”, as he’d deliberately speak vaguely in order to be understood by the few, chosen ones. On the other hand, maybe he did this because he knew that you can learn only if you really want to learn and that the best way to learn is finding out the truths yourself. This sage master showed us how to dig deep to find the treasure he discovered first.