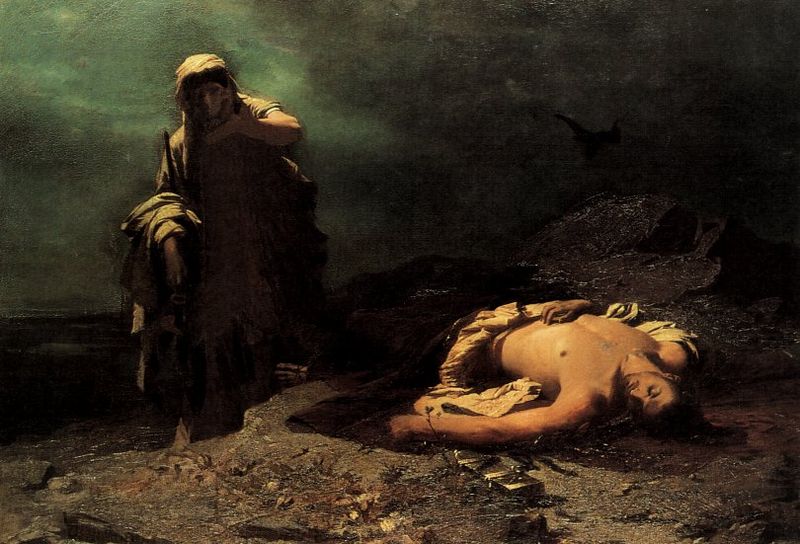 “Antigone” by Sophocles is one of the most famous Greek tragedies thanks to the poet’s talent and its charming characters: King Creon and his niece Antigone. If you are familiar with the story, this will be just a reminder in order to follow some thoughts we would like to share. If you don’t know what we are talking about, keep reading. We will make it easy for you to get the whole idea of this amazing story.

Antigone is a member of the royal family of the city-state of Thebes, Boeotia. Everything we know about this family derives from the “Theban cycle”, a collection of stories about Boeotia. These stories were the source material for some of the best tragedies of ancient Greek theatre, one of which is a play written by Aeschylus many years earlier, the “Seven Against Thebes” (first prize at City Dionysia festival, 467 B.C). It is essential to know a few things about this story if you really want to understand what is going on in Antigone’s and Creon’s minds. 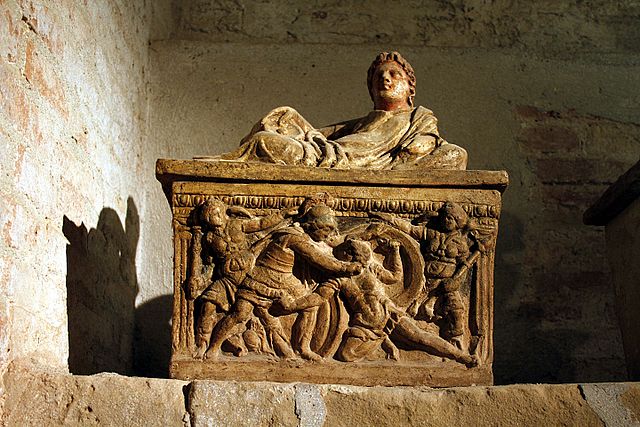 The two sons and successors of King Oedipus had agreed to rule Thebes by turns. Nonetheless, when the time had come for Polynices to rule, his brother, Eteocles, refuses to give up the throne. So, Polynices besieges his own city, supported by other Greek city-states. The siege ends up in a duel between the two brothers in which they kill each other. A herald informs their sisters, Antigone and Ismene, that the probouloi, namely the temporary administration of the city, decided to hold an honorable burial for Eteocles, who defended his homeland. But the corpse of Polynices has to be left unburied outside the city for he was a traitor having brought a foreign army against his own land.

Antigone declares immediately that there is no way to leave her brother prey to the beasts. Half of the chorus of the Theban women says they will help Antigone, for the pain of death “is common to each generation, while the city recognizes the righteous differently in different times”. The other half says they will obey the administration’s ruling. And that is all what Aeschylus says about Antigone, but for the upcoming star, Sophocles, it was enough. He was 30 years old at that time and had produced his first play at City Dionysia festival just 3 years earlier.

Just imagine the young poet amazed by Aeschylus’ great work and thinking to himself “I have to find out what happens when Antigone carries out her plan”. And so he did 25 years later when he presented his “Antigone” at the City Dionysia festival. The Athenians were so much thrilled by his work that Sophocles was elected general (strategos) in the upcoming year when he fought alongside Pericles against the island of Samos. He took office two more times and as an elder in 413 BCE he was elected member of the committee that was responsible to cope with the chaos caused by the disaster of the Sicilian Expedition. He died five years later.

The author of “Antigone” lived so happily that is to wonder how he managed to capture these shocking scenes of human misery. Son of a wealthy family, he received the best education available at that time and was fortunate enough to live in the years when Athens was at the height of its glory: The Golden Age! He was one of those guys who everyone wants to hang out with; he was funny, never missed a symposium and no one had ever spoken against him.

This happy citizen of a wonderful city was the most successful tragic poet we know. Sophocles’ career started in 468 BCE with the first prize at the Dionysia festival defeating Aeschylus, the poet he and all Athenians admired the most. In total, he wrote 123 tragedies of which only seven survived in their entirety. He entered the competitions 30 times and won the first or second prize 24 times. Aeschylus had won 13 times and Euripides would only win four. Sophocles was definitely the greatest star of the ancient theatre!

Besides his social skills and great career, Sophocles was a truly religious man. He was the priest of a hero-healer named Alon and a loyal devotee of Asclepius, as well. In 420 BCE when Telemachus from Epidaurus introduced the worship of Asclepius in Athens, Sophocles hosted the statue of the god and his sacred snakes in his house until the sanctuary was erected near the theatre of Dionysus. In fact, he had a shrine built for the god in his house and wrote a paean to honor him. This hymn was used for centuries to come by Asclepius’ devotees. Sophocles is said to have been worshiped after his death as hero “Dexion” (meaning the host). You can read more about Sophocles in Encyclopedia Britannica.

What is “Antigone” about?

According to Sophocles, the decree for the disgraceful treatment of Polynices is the decision of a monarch rather than of a council, and Antigone is the niece of this monarch called Creon. This will be a one-on-one clash for the conflict to become more interesting. Antigone says she will not obey and would rather die than leaving her brother unburied. Her terrified sister, Ismene, although astonished by her sister’s brave attitude, is not willing to help her. Ismene tries to talk Antigone out of it, in vain. Not only doesn’t Antigone change her mind, she even declares Ismene her nemesis.

While Antigone attempts to bury her brother, Haemon, who is Antigone’s fiancé and Creon’s son, is trying to make his father reconsider, but he won’t listen.  Antigone is arrested and now she faces an even harsher sentence: she will stay imprisoned in an underground chamber to starve to death. The seer Tiresias eventually convinces Creon that his decision won’t do any good for the city and so the king hosts a proper burial for Polynices and sets off to free Antigone. Too late though; Antigone had already hung herself and a few minutes later Haemon had killed himself right next to her. Meanwhile in the palace, the queen, Creon’s wife, kills herself, too.

In the end, Creon is left all alone, grieving and repenting.

Behind and beyond the stage

Sophocles is said to have been teaching prudence through his heroes’ recklessness. I do not know whether this was his true intention, however, he was very much aware of the fact that moderate characters acting serenely and rationally would not fascinate us. The hero must be daring as he goes through his thrilling adventures so that he gets our attention. He has to be what we are not. Because, let’s not fool ourselves, if we were part of this story, most of us would probably be of Haemon or Ismene kind.

At first glance we spontaneously sympathize with Antigone and we have reasons to believe that this is how the ancient audience would feel, as well. As you will have noticed for yourself, there is no “good guy” or “villain” here. There are just people, who do things the right or wrong way, and this is what Sophocles focuses on and this is where he wants to guide our attention. The meaning behind Sophocles’ approach can be easily understood as long as you don’t use modern terms to interpret the way of thinking of these ancient characters. And please do not rush to give your verdict, for you will find yourself switching sides several times as the story unfolds.

We will attempt to uncover what is hidden under the surface in “Antigone” by Sophocles, to help you avoid the trap of taking the side of Creon or Antigone hastily and thus becoming a pure reckless sophoclean hero.

So please keep reading and follow us on this trip beyond the stage of “Antigone” by Sophocles.