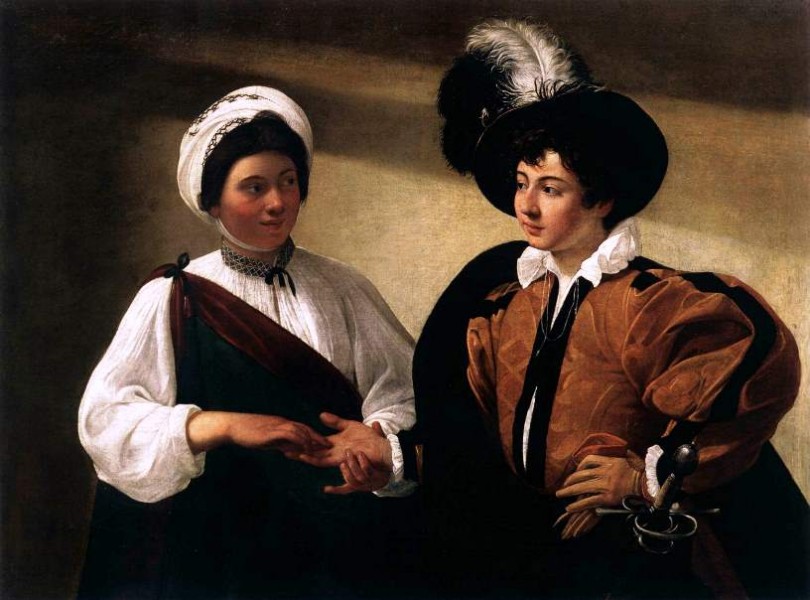 Katsumoto: You believe a man can change his destiny?

Algren: I think a man does what he can, until his destiny is revealed.

What about “destiny” or “fate” that still exists in the back of our mind, even in this time of absolute rationalism?

Do we sense somehow that our lifes are predefined or is it convenient to put the blame of our own failures on something called “fate”?

The Greek word itself helps us understand how ancient Greek philosophers perceived fate.

The commonly most used word in Greek is “moira” (fate) which derives from the verb “moiromai”* meaning “having a share of something, something that is appropriate for me”. So in general terms we could say that fate is the share each one has in life. The synonym of “moira”, “heimarmene” derives from the same verb and means “what has been distributed to each one.”

«The fates lead the willing and drag the unwilling» – Seneca

This phrase epitomizes the definition of fate by the Stoic Philosophers. According to this, fate is the means by which each situation results from a previous situation and then becomes itself the cause of a following situation. We can’t control the sequence of situations, but we can choose the situations we will become part of, and we can decide which of the available choices to pick. But, each choice leads us down a predefined path which we’re obligated to follow. The same way we can’t ignore the natural law of gravity and fall from the 5th floor without facing the consequences of our action, similarly we can’t ignore the mandatory path all things take as a result of our actions. However, no one forces us to fall from the 5th floor, and even in case we have to fall, we can always choose to bring a parachute.

Stoics defined fate as the Cosmic Logos (reason) in which they saw a kind of cosmic justice. This approach is much more ancient than the Stoics though.

Already in the 6th c. BCE, Parmenides and, later on, Democritus more or less equated Reason with Justice. Plato actually connects fate to the process of how justice is carried out during the incarnation stages of the soul. The choices of the soul, made during the previous stage, determine whether on its next descend to the material world there will be better or worse luck waiting. (Laws 904)

Heraclitus of Ephesus uses the word Logos (reason) to name the organizational force of Cosmos and shows great interest on how it affects life. He points out that although Logos is common for all humans, each person acts like having a personal, own Logos. Most people can’t understand the laws of this universal Logos, Heraclitus says, “neither when they meet them, nor when someone teaches them. Nevertheless, they believe they have understood.” People, who fall into this trap, do not understand the sequence of things and keep feeling that their life is being lead by some sort of fate. But in fact, the explanation of why nothing happens as they wish is their ignorance and inaction. Heraclitus comes to the conclusion that “Anyone’s fate is his own character”

Fate is our own decisions

There is no predetermined life plan which we have to follow whether we want it or not. Fate will only enforce the results of our actions, and this we can’t avoid. As it happened to Prometheus, the Titan who stole fire from the gods to offer it to the humans and got punished by Zeus. In a scene of “Prometheus Bound” by Aeschylus, the Chorus comforts Prometheus, who is suffering tied to a rock, telling him that they hope his sufferings will be over soon. But he replies:

«This way Fate won’t bring things to fulfillment. First I have to suffer pangs and tortures and only then will I escape my bondage, for skill has less power than Anangke (necessity)” (510)

When Socrates decides to abide by the law, even though it was unjust to him, he knows that the outcome of his decision will be truly unpleasant. And when, moments before drinking the conium, he tells his friends that “now it’s my time, as the hero of the tragedy would say, to follow my fate”, he did not mean that his death was predefined all along. But that it had to happen as a result of his own decision. (Faedo 110b-115a)

Neoplatonist Hierocles, expresses Heraclitus’ opinion in his own words: ”Heimarmene corrects what we do, as a function of the freely-chosen hypotheses which are our acts”. Heimarmene preserves the balance of the world by correcting the outcome of our actions. According to this theory, free-will won’t be restricted as long as our choices are in accordance to universal order. But if our choices disrupt this balance, Heimarmene will take the active role of justice.

Heimarmene, the Logos overseeing the universe, does not define people’s personalities nor does it enforce our decisions. Causes have effects, not for the sake of punishment, but out of Necessity. Heimarmene is the Necessity and “not even the gods would fight against Necessity”, as an ancient Greek proverb tells us.

This necessity of reason was worshiped as Heimarmene, Anangke, Adrasteia (Inevitable) and Moira (or Moires, plural). Goddess Anangke (necessity) is one of the primary principles to emerge from chaos. Along with Chronos (time) they brought the world into order and gave birth to the three Moires. These are always present at every human birth and sing: “…Lakhesis the things that were, Klotho the things that are, and Atropos the things that are to be”, Plato says in his “Republic”.

Xenocrates, a scholarch at Plato’s Academy, believed Heimarmene to be a complement to human knowledge. Each of the three Moirai has their own field of knowledge: science based on what has occurred, sense about the present and an opinion about the future. Considering that we can only have opinions about the future.

Nothing is written in blood, nothing is inevitable except for the laws of nature. Whatever will happen in our lives, nice or unpleasant, mostly depends on what the path of our choice is. Everything can change by shifting our direction or changing our way of walking. There is of course the impact of other people’s choices to deal with. Sometimes they will delay our journey and other times they will be beneficial. Anyway, whatever is down the road for us, is not predetermined nor can be foreseen.

*In modern Greek there still are words deriving from this ancient verb, like meros (place, part), Meridio (share), moirasia (sharing), morio (molecule).
An English word of the same family is “merit”.