Democracy has been one of the most debated concepts in history. Almost every person in the world has heard this word. But opinions differ and perceptions can be countless. What is democracy, exactly? How can you protect it? Are there boundaries not to be crossed?

A poll among young people aged 14-20, gave us some interesting, yet alerting, messages. It seems that, although everyone speaks about democracy with respect, each of us has a different understanding about its meaning. Some believe, that democracy means that “anyone can do as they please”. Others believe it simply means “accepting each others’ differences”. The list of quotes about democracy is too long. However, what you almost never hear about are the responsibilities each citizen has towards its democratic country, what it means to lose democracy, how you can protect it and what you might have to sacrifice to keep it strong.

In this article, we won’t debate whether democracy is good or bad. We deeply believe that democracy is the best governing system ever tried out. Does it have flaws? Sure. Many flaws. But, do we know of a better system? No we don’t. The development of democracy since the beginning has proven that the only way to improve democracy, is democracy itself. It is the only system that solely depends upon the involvement of citizens themselves. No parliament can be elected, no government can be formed and no laws can be passed if the majority of citizens do not agree. And if once in a while a wrongdoing should happen, then we have constitutions, justice systems and, last but not least, the next elections to make it right.

Democracy has many enemies. First, it is the ones who don’t accept equal rights among citizens and who would like to profit at the expense of the rest. Next, it is those who envy the lifestyle and achievements of western civilization and will try to destroy it using its own means and weaknesses. Last, it’s the ones who love democracy so much, that they might risk tearing it down in their effort and eager to improve it. I know, this sounds weird, but it isn’t. Sometimes, the enemy of good is better. Identifying the problems is just the easy part to start with. Correcting the mistakes without creating tons of others, that’s the real challenge.

The starting point of democracy is Ancient Athens around the 6th c. BCE. Athens already was a wonderful city to live in. It was the center of arts, science, trade, philosophy, law and any other form of human thinking and creation. Most of all, it was a city of citizens who would not bow to any king or ruler. They would abide by the rules, but their free and creative spirit, their feeling of ownership upon their homeland, made them to be the lawmakers of their own laws. It is the first form of democracy, and surprisingly, this democracy was more direct than any form of democracy we have nowadays. And as citizens who made the law, they respected it. Socrates had the chance to escape death penalty, but chose not to. He said “these are the laws that nourished me; I’ve chosen to live in this city abiding by the laws of the parliament all my life, how could I renounce them now?”.

The first crack in democracy 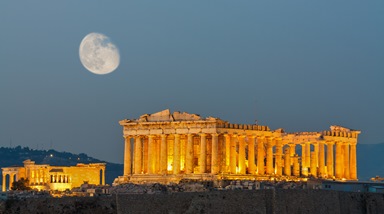 Democracy was (and still is) a work in progress. By 508 BCE, all adult male Athenians were citizens and members of the Ecclesia (people’s assembly, or in nowadays terms, parliament-lawmakers). The MPs would bring the bill to vote, but the Ecclesia would make the final call. Any decision was made by and for the citizens. But in 411 BCE, the oligarchs tricked the parliament and took over Athens. They hunted down the democrats, disassembling the parliament, making their own laws and taking over the justice system. You could call it, the first coup ever. It was the first time since the establishment of democracy when people could not make their own fate, when trying to express your opinion was not an option. But soon after, the citizens of Athens took back the power. And they realized that democracy was not given. Democracy has to be protected at any cost; it is the highest good of and for the citizens.

Right after the restoration of democracy in 410 BCE, the famous decree of Demophantus passed. This is its final form:

“If anyone shall suppress the democracy at Athens or hold public office after its suppression, he shall become a public enemy and be slain with impunity; his goods shall be confiscated and a tithe given to the Goddess. No sin shall he commit, no defilement shall he suffer who slays such an one or who conspires to slay him. And all the Athenians shall take oath by tribes and by demes over a sacrifice without blemish to slay such an one.

And this shall be the oath: If it be in my power, I will slay by word and by deed, by my vote and by my hand, whosoever shall suppress the democracy at Athens, whosoever shall hold any public office after its suppression, and whosoever shall attempt to become tyrant or shall help to install a tyrant. And if another shall slay such an one, I will deem him to be without sin in the eyes of the gods and powers above, as having slain a public enemy. And I will sell all the goods of the slain and will give over one half to the slayer, and will withhold nothing from him. And if anyone shall lose his life in slaying such an one or in attempting to slay him, I will show to him and to his children the kindness which was shown to Harmodius and Aristogeiton and to their children. And all oaths sworn at Athens or in the army or elsewhere for the overthrow of the Athenian democracy I annul and abolish. ” (Antiphon Andocides, 96-98, English translation by K. J. Maidment)

The Athenians had made up their mind. They would never tolerate the suppression of their democracy under any circumstances. If we accept this decision, we agree that any democratic decision must be honored, but a decision that turns against democracy itself, will not be accepted. It is exactly as in personal level: Although I allow all others to do whatever they please, I will not allow them to kill me.

Democracy is strong. And like any strong city, it needs fortification. First of all we have to make sure that our democracies can defend themselves and that they won’t be vulnerable to any ideological or physical attacks. Democracy will defend itself, but we should not forget what democracy is: we the citizens and our laws. Of course, the radical approach of ancient Athenians has no place in our modern representative democracies. Nowadays, it is not the citizens themselves who will undertake the unpleasant task of destroying the enemies of their freedom. But it is up to the citizens to encourage, or discourage, their governments to take action against those who try to oppress them. To support the official bodies and institutions that are responsible of ensuring that we can continue living in safety and freedom.

It is up to us, to our laws, to our ideologies and to our democratic thinking to make sure democracy will remain strong and inspiring as it has been for thousands of years. By honoring and protecting its legacy we can make sure that the generations to follow will find a free, creative and strong environment to develop. A place where humanity can flourish.