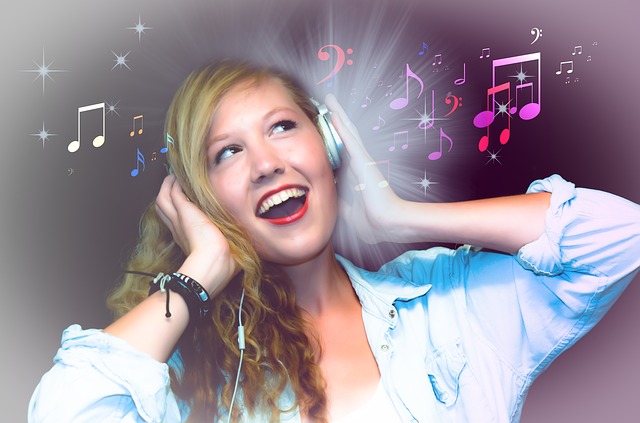 While you’re having a good time, many things around you “speak” Greek. And so are you.

If you love music, then you are a fan of the Muses. Zeus’ nine daughters who taught the world harmony, melody and singing, dance, poetry, theatre, history and astronomy. In Greek, these arts were called “mousike techne” (the art pertaining to the Muses) and this is where the term music derives from, although nowadays its meaning is restricted to define melody, harmony and singing only. You will find it in most languages as music, musica, música, musik, musique, muziek and many other variations.

Muses also gave their name to the Museum, which initially was a sanctum dedicated to them.

And of course if you want to listen to some good music you will need a good stereo system. Stereo, as a shortening of stereophonic is a form of Greek stereos meaning “solid” and “phonic” from “phone” (= voice). Now you can also decode the word stereotype, if we tell you that the Greek word typos means “an impression or mark, a figure, image, statue; anything wrought of metal or stone” from root typtein “to strike, beat”.

A stereo will of course consume Energy. But what does energy really mean? The word derives from Greek energeia (= activity, action, operation) from en + ergon = at + “work, business, action”. This way your stereo works and plays some good music.

On the other hand if you’re not in the mood for music, you might prefer to read poetry. Poetry and poem are of Greek origin as well, specifically from Greek poema (= fiction, poetical work) literally “thing made or created”, from poiein (= to make, create or compose).

What about movies or pictures? Ok. These are Latin words, nothing more to say. Oh, wait! You also call it cinema, right? Here we are. Cinema is the shortcut for cinématographe, a Latinized form of Greek kinemat-, combined form of kinema (= movement). And this is the synthesis of two Greek verbs: kinein (= to move) and graphein (= to write). Cinema or Kino or cineama or кино, means to record something in movement.

Now, what kind of movies do you like the most? Let’s say fantasy movies, just because fantasy is a Greek word meaning the act of picturing something, or simply imagination. The English term fantasy (Spanish and Italian fantasia, French fantaisie, German Phantasie and so on) derives from the verb fainomai (=appear) and applies to anything that can be seen, imagined or visualized. No wonder that you fancy a fantastic fantasy movie! Oh yes, fancy is just short for “fantasize”.

Is fantasy not your thing? What about comedy then? Let’s see what this one means. The Greek word komodia refers to the song in a merry festival, from komos = merry festival and ode = song. An amusing performance of the past became the international term comedy we use today for movies and theatrical plays.

Maybe you like these serious stories where serious characters cope with all kinds of problems in there unpleasant lives. That’s fine with me. But then I have to tell you that nothing is more Greek then this one called Drama. If your Greek friend asks you “how are you doing?” the day you feel that everything is messed up in your life, answer him “Drama”. He will understand more than you are telling him. Well, drama literally means “action” and derives from the verb “dran” (= act, to do). Simple as that. Of course there are many more words of the same origin: dramatic, dramaturgy, dramatize, psychodrama, melodrama and more.

I promise you there is much more to tell about your hidden knowledge of Greek, but you can’t keep reading forever, I guess. Anyway, it’s late and my favorite musical is on TV now. By now you know the profound meaning of musical, don’t you?

See? Your Greek is just fine! Better than my English anyway.