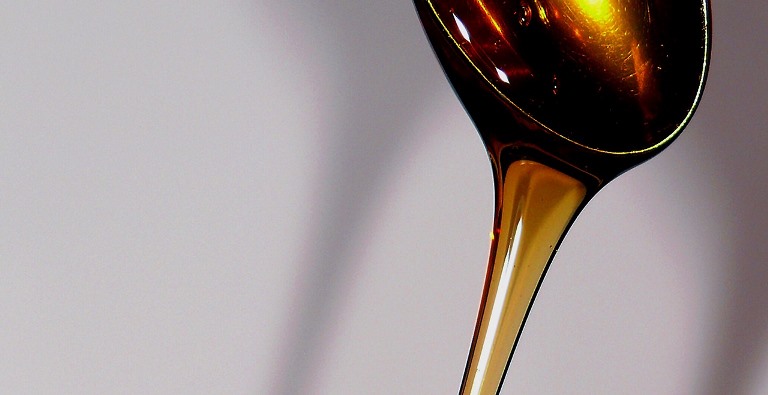 On Mount Pelion once lived a Nymph named Cyrene, granddaughter of river Pineios. One day, she was attacked by a lion and as she was fighting, god Apollo appeared. He grabbed her and took her to Libya and the well known Greek settlement, Cyrene, was named after her. The east shore of Libya is still known today as Cyrenaica. There, in Libya, Cyrene gave birth to Apollo’s son, Aristaeus, and Gaia with the Horae raised him with nectar and ambrosia to be made immortal. The Muses taught him the arts of soothsaying and medicine when he grew up and the Nymphs trained him in cultivating vineyards and raising honey-bees. From his side, he made sure to pass his knowledge on to the humans and he started with island Ceos. And that’s how beekeeping started in Greece.

The first known references to honey are archive tablets found at Knossos dating back to the 14th c. BCE. These records show us that offering jars of honey to all the gods was a very common practice. Excavations of Minoan settlements (3400BCE) in Crete brought to light clay beehives and beautiful bee jewelry. In the time of Homer, people used to drink milk with honey called Melecraton (k519), and a food that combined cheese, honey and wine. Witch Circe prepared this food to entice Ulysses’ comrades and managed to capture them (k213).

Beekeeping was a very common occupation in Athens as well, as Solon’s legislature witnesses. Among his various reforms, we find a law that regulates minimum allowed distance between beekeeping units (Plutarch’s Lives, Solon). 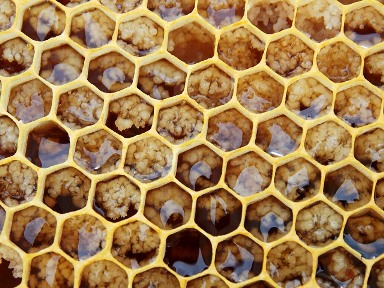 Pythagoras considered honey to be an essential part of his group’s daily diet as a natural stimulant after a long hard day. Physician Hippocrates encouraged his patients, but healthy people also, to eat honey often. He would as well use it for cleansing and healing of wounds. If a patient was coughing or having sore throat, Hippocrates would prepare a glass of water with honey and this formula was regularly used to treat a cold in Greece until very recent days. One teaspoon of honey before going to bed would bring us a calm cough-free night when we were kids.

Philosopher Democritus, who lived to the age of around 100, when asked about the secret of his longevity, replied: “The secret of my health is applying honey inside and olive-oil outside”.

Nowadays scientists have confirmed the healing qualities of honey. Research has proven that honey can reduce the duration of diarrhoea, prevent gastroesophageal reflux, attenuate seasonal allergies, kill bacteria and there are also indications that it has antibiotic abilities and can speed up the healing process of wounds and burns. You can read more about the research at MedicalNewsToday.

What you should know about honey 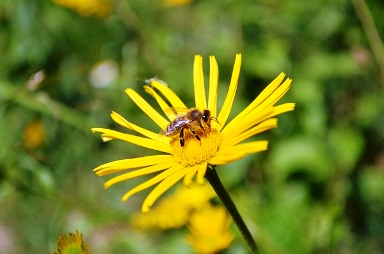 Although in Greece there is a large honey production of forest trees (fir, pine tree etc), thyme honey was and still is the favorite. Thyme honey is rich and intense in taste, spicy in aroma and has a soft golden-amber color, which becomes darker when crystallized.

If you want to check whether the honey you bought is pure and not mixed with sugar-water, try the following: Put some honey (a teaspoon will be enough) into a glass of cold water. If the honey is pure, it will sink to the bottom of the glass and will stay there. If it’s not pure, you’ll soon see it dissolving in water.

The beneficial ingredients of honey, among others, are complex B vitamins, vitamin C, calcium, potassium, phosphorus and it contains no fat. In fact, you can help your body burn fat during your sleep by having a teaspoon of honey just before going to bed. 100gr of honey, about 5 tablespoons, contain 300 calories.

By the way, if you happen to know a girl called Melissa, share your knowledge and let her know that her name is the Greek word for honey-bee. The name your friend and the honey-bee share derives from the Greek word “meli” (honey). You will also find the word “meli”, Latin “mel”, in caramel (from Latin cannamellis, canna + melis, meaning honey-cane).

What you can make with honey

1) A tasty and easy snack

Pour a tablespoon of thyme honey on a handful of walnuts. Combine it with a steaming cup of sage-tea and mountain tea or green tea with cinnamon flavor. If you are in a party mood, try it with two or or three portions of Cretan raki.

1 cup olive-oil. Alternatively, you could use corn oil, but it won’t taste the same.

*Beat the mix until it becomes a smooth paste

*Pour the olive-oil into a deep frying pan and heat it, set the temperature just a bit above medium.

*Pour the mixture in tablespoon portions one by one and make sure there’s enough space between the pancakes.

*When they become golden, remove them and drain them on paper. You can use all the mixture, or you can keep it in the fridge for the next day

*Serving: Put the pancakes in an oblong dish and pour on them thyme honey, or orange blossom honey and sprinkle some cinnamon. If you have some more time and want to make your pancakes even more special, pan 2 tablespoons of sesame seed (until the turn blonde and you can smell their aroma) and sprinkle them with the cinnamon.

Before getting to bed, make it your habit to have a warm glass of milk with a teaspoon of honey and a bit of nutmeg, just enough to “break” the color of milk.