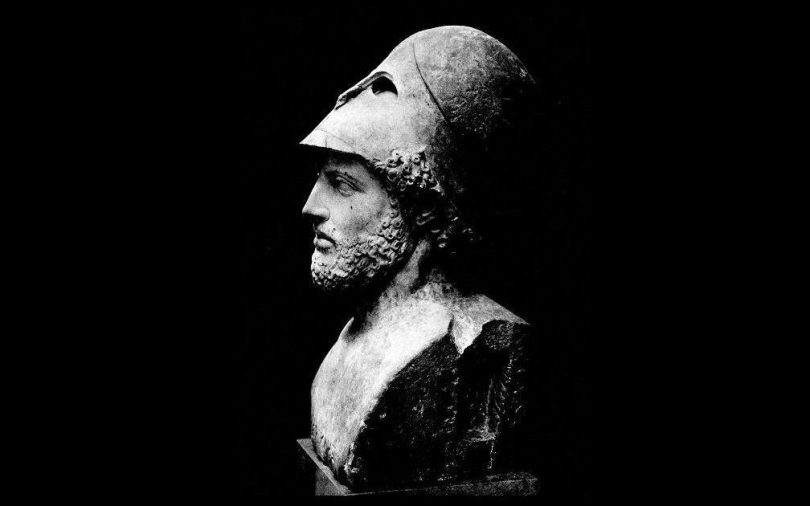 Pericles was not just another Athenian citizen. He was the grandson of Cleisthenes, founder of the Athenian Democracy, the first democracy in history, and his name was given to the greatest era Athens has known: The Golden Age of Pericles. His imposing style, his powerful rhetoric, his choice to keep away from vulgar people, his determination, his rational thinking and his patriotism were the characteristics that made him the most popular leader in Athenian history, and he still is to date the unsurpassed model of leadership.

But this special man had yet another talent: he would only associate with special people. Pericles’ closest friends were each at the top of their field and a valuable source of wisdom for this studious leader. Some of them undertook grandiose projects, achieving remarkable results. These are the great people who shaped his everyday life and influenced his personality. One of Pericles’ closest friends was Phidias, the greatest and most famous sculptor of Classical Antiquity. He is the creator of the statue of Zeus in Olympia, the colossal bronze statue of Athena Promachos, the massive chryselephantine (gold and ivory) statue of Athena Parthenos (Virgin) housed in the Parthenon and the Wounded Amazon at the temple of Artemis; just to mention a few of his works. Pericles placed Phidias in charge of all building projects and he had the oversight of all works that transformed Athens.

As it happened to all of Pericles’ friends, Phidias had to face the intrigues of his friend’s political opponents. First, he was accused of stealing gold from the statue of Athena Parthenos, but he was able to disprove the charge. The gold layer was made from assembled parts so they could be easily removed in case of emergency. Phidias disassembled the gold parts, weighted them and proved that nothing was missing. Then, 8 years later when Athens was suffering from the great plague that terrified the Athenians and drove them to extensive superstition, they accused him of impiety for secretly portraying himself in the Amazon Battle reliefs on the shield of Athena. He was convicted and sent into exile. 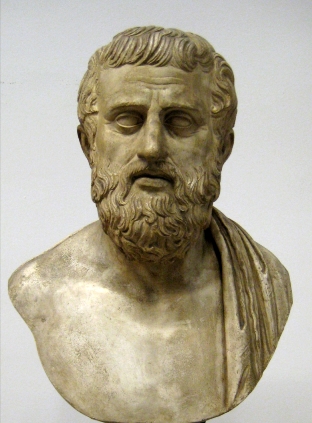 Another great man in Pericles’ company was Sophocles, one of the three great ancient Greek tragedians. The writer of “Antigone” and “Oedipus” was not much like Pericles. Sophocles liked living in luxury, he loved symposiums and all kinds of pleasure, but Pericles didn’t care for any of these things. However, it seems that their different lifestyles were not a problem for their friendship, which was mostly grounded in their common appreciation of art. As a member of Pericles close circle, Sophocles was sent on diplomatic missions at times when then Athenian League was in danger of dissolving. Sophocles was talented in soothing tensions and this was a great service for his friend whose first priority was to avoid war conflicts.

Among Pericles’ Athenian friends, we come upon a person who seems quite unfit. Lampon the seer, representing the Oracle of Delphi, was well respected in Athens. Even though Pericles didn’t identify with his fellow citizens’ superstitions, he was pious and knew that Lampon was the best advisor in religious matters. Not only did they have interesting conversations where Pericles would express his rationalistic points of view, but he even set Lampon in charge of founding the Panhellenic colony of Thurium (earlier called Sybari) in southern Italy. Being a prominent and commonly respected citizen, Lampon could guarantee the orderly settlement of the colonists. He was the best for this complex mission.

Some of Pericles friends were born in other Greek cities and moved to Athens later on in their life. They all played an important role in his political life and achievements. 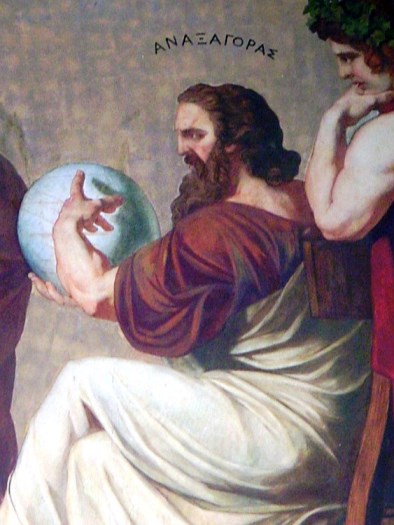 Once, as Pericles and the crews were ready to sail, a solar eclipse frightened the sailors who believed it to be a bad omen sent from the gods. When the sun reappeared a few moments later, Pericles approached the crew and raised his chlamys to hide the sun. “Are you afraid now?”, he asked. They said no and Pericles asks again “Then, in what way is this darkness any different to the one that occurred a few moments ago, besides that it was caused by a body much larger than my chlamys?”

We can assume that it would be difficult for the crew to understand Pericles’ composure, given that back then (and partly nowadays, too) it was common belief that something bad is about to happen when the sun disappears. But Pericles had freed his mind from widespread superstitions that haunted the common Athenians. This freedom was revealed to him by his good friend, and great master, Anaxagoras. No other had such an important role in shaping Pericles’ personality than this “foreigner” Pre-Socratic philosopher.

Born in Clazomenae in Asia Minor, Anaxagoras moved to Athens at the end of the Peloponnesian War. His teachings stirred up the hornet’s nest for the pious Athenians who found it hard to believe that the earth and moon are made of the same materials and that the bright light of the moon is in fact the sunlight. In the continuous efforts of Pericles’ political opponents to stain his good reputation, Anaxagoras, too, was charged with impiety.

Pericles applied this theory in political matters. He, the Mind, thought ahead, made plans, set the decision-making process of the citizens in motion and if the plans were democratically approved, the whole city contributed in executing the plans. 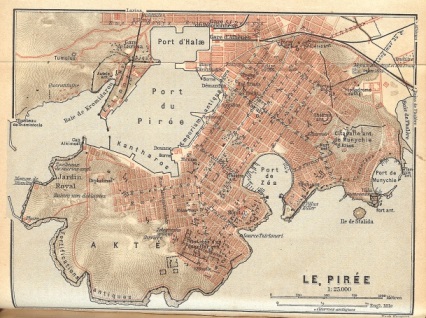 In this great company of people we also find the top architect – astronomer – mathematician – natural philosopher and meteorologist Hippodamus of Miletus. He is considered to be the “father of urban planning” as he was the first to understand the need of dividing up cities into different parts for different purposes. Cities were not usually built in an orderly fashion and Hippodamus created a city plan of rectangular grid where streets and buildings were neatly arranged. This, now commonly used city plan, is named Hippodamian Plan. He was assigned the task of designing the city of Piraeus (the harbor town of Athens) and the new colony of Thurium. Unfortunately, not too much is known about the personal relationship between the two. It must have been a relationship of deep appreciation, judging from Pericles’ passion for creation, rationalism and innovation. Hippodamus represented all three aspects worthily. Herodotus, the “father of history”, was one of Pericles’ closest friends. Child of a wealthy family, he was born and raised in Halicarnassus in Asia Minor, but left his hometown at young age. He moved to Athens after having travelled and explored many places in Asia Minor, Middle East, Scythia, Egypt and more. Soon after arriving in Athens, he became a member of Pericles circle. Most part of his amazing History book was written within a few years during his stay in Athens. He, too, followed the colony mission to Thurium, probably in order to chronicle the settlement. He ended upon staying there, probably until the end of his life.

No doubt about it, Pericles shared his deepest existential thoughts with the sophist from Abdera, Protagoras. It must have been Protagoras’ perceptions about religion and education that caught Pericles’ attention in the first place. “As about the gods, I don’t know whether they exist or not, nor what their shape is; because many things prevent us from having this knowledge, like ambiguity and the shortness of life” and “a human being is the measure of all things”, said the first agnostic philosopher in history, just like Pericles who had centered the political life on human existence and left the secondary role for the gods. Education was of the highest importance for both friends. Protagoras believed that the citizens should be educated and he saw himself as a teacher to fulfill this task, while Pericles proudly states in his famous Oral Oration (epitaph speech) that Athens is the educational center of all the Greek territory, which it was indeed.

Consequently, it’s not to wonder that Protagoras was assigned to design the legislation of the new colony in Thurium. This decision not only displays how much Pericles trusted his friend, but is also yet another proof of Pericles’ political genius: He assigns the management of the colony to the religious servant, Lampon, and the establishment of the legal code to the rationalist, Protagoras!

And so they did it

This great company of people made the miracle happen. And Athens would shine all over the world throughout history. This is what happens when the brightest minds of a community bond as friends and work together harmonically to achieve their own goals and for the good of their less favored fellow citizens.