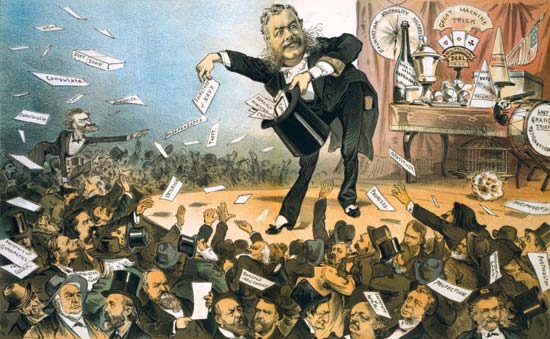 Praise, compliments, promises and gifts are the tools a cunning person will use to deceive you and lead you where you do not really want to go. We all have come across such people, especially politicians, who try hard to convince us of being our friends and that they’ll work for our own good, if only we’ll trust them. However, in fact, many of them just want to grab power for their own interests. Nowadays we call them populists; in Ancient Greece they were called flatterers and demagogues.

The Art of Persuasion is age-old and politicians have mastered it. But most ordinary people are not familiar with its techniques, or even if they are, they can’t resist their charm. Yet, if we pay attention to the fundamentals of this art, which remains unchanged for millennia, we can strengthen our position and stop being easy prey.

Aristotle gives advises to orators, to people who try to persuade the public to go into this or the other direction, in his work on rhetoric, dialect and communication titled “Rhetoric”. Even though he clearly states that the motive of the orator has to be to help the public make the right decisions for the common good, his advises have been used as techniques for manipulation and deception. On our side, we can read this book and think in reverse on how we can protect ourselves from those well-trained people who try to sell what we don’t want to buy.

We need to know the persuasive techniques in order to face them. A good beginning is half the battle, so we’ll start by prohibiting the speaker from forming our tendencies. Aristotle analyzes five fundamental persuasion techniques that orators use to butter us up before getting to the main course; and we can develop five defensive reactions to stop them from getting to us:

You might hear the broad statement “We will strengthen democracy”. It sounds good (who doesn’t love democracy!), but before you applaud ask yourself: What the heck does that mean? John F. Kennedy had promised to strengthen democracy and he fought hard to address the issue of human rights in the U.S.A. and in the end he was killed. But Mao Zedong had promised the exact same thing and his policies led tens of millions of Chinese people to death. Ask the ones who make the promise what they will do exactly and which measures they’re planning on taking. If you don’t receive a straight answer, the “democracy” they have in mind will most probably not be to your liking.

Charming personalities make us feel safe, but they can be very dangerous. While politicians promote their talents and accuse the ones who did you wrong, try to take a look at their lives. What have they done so far? Have they helped anyone, and how? Have they always abided by the law? Do they respect their fellow citizens? If you don’t like the things you find out about their past, then be sure that they won’t have changed for the better now that they’re asking for your vote. It’s likely that they’ll be worse than their predecessors who you’re trying to get rid of.

This is where it gets real tricky. All people tend to stick to the opinion they’ve already formed. Thus, it’s very easy to like and feel comfortable with those who say things we agree with and dislike the ones having different opinions. Are you absolutely sure that your point of view on a topic is correct? Any chance you have formed an opinion lightly? Might you have left your critical thinking aside and adopted an idea only because it was expressed by your parents or by someone else you admire? Take a step back and give yourself some time before deciding whether what the politicians says is true. First of all we have to improve in identifying the true facts and be prepared to change our point of view, if necessary.

All people look for happiness in their life, but happiness means different things to different people. However, the common factor of financial prosperity is thought to be a prerequisite for happiness in almost any society. Effective orators know what happiness means to their audience and it is up to us to decide whether they’re indeed willing and qualified enough to support our idea of happiness. If you’ve done good work with the three previous points, you won’t find it hard to come to the right conclusion.

Socrates said that “hunters hunt hares with dogs and flatterers hunt fools with praises”. If the members of the audience are religious, the politician will praise them for their beliefs and make great speeches about the social work of the church. But does he share these beliefs? If the audience is patriotic, the speaker will praise their patriotism and try to fill them with pride for their values. But has he always been patriotic? Will the country benefit from his policies, or is this just another case of nice words that will harm the country in the end?

You can study these five aspects of persuasive techniques and create for yourself a strong firewall against cunning people. But don’t forget, this is only the beginning. The firewall will keep the speakers from appealing to your tendencies, but they will keep campaigning in order to approach you and you have to be alert. Until Election Day, they’ll try to make use of your anger, your fears and hopes, your love for your family and much more.

But we won’t leave you unprotected. We’ll be back soon with more details and techniques that wise Aristotle revealed.