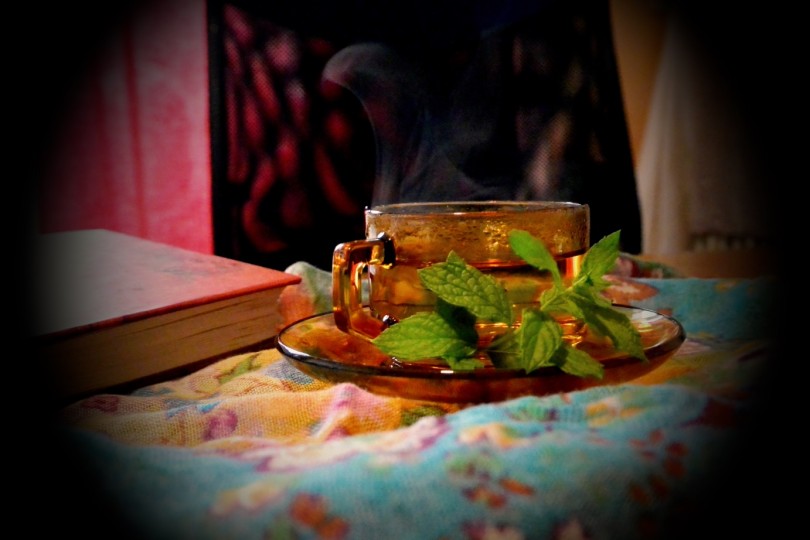 Spearmint just needs a pot and plenty of water to drive you crazy with its aroma.

It was named after Mentha or Minthe, a beautiful water nymphe, who fell in love with Hades, the god of the Underworld. His wife Persephone found out and hunted her down until she finally located her in a mountain in Messenia. So furious had she become that she trampled upon the girl again and again. By the time she was about to die, Minthe was transformed into a plant releasing a sweet fragrance on every contact and was named after her: Minthe in ancient Greek, Mentha in latin and Mint in English.

Spearmint is a species of the genus Mentha and its Greek name is hedyosmos (=sweet smelling) and dyosmos in Modern Greek. In antiquity it was thought of as a symbol of hope and was therefore used in funeral rites as well as a special drink offered to the initiates of the Eleusinian Mysteries. It also was – and still is – a common herb widely used in salads, meatballs, cheese pies and sauces.

It grows in almost any climate and you can easily cultivate it in a flower pot. It is very rugged and it will give you no trouble. It looks beautiful and you’ll just have to cut off a small leaf and the whole place will be filled with a sweet smell.

Greeks and Romans had discovered the interesting qualities of spearmint and made salves and effusions using its fresh or dried leafs.

Leave a small portion (about one teaspoon) of spearmint leafs in a cup of hot water (not boiled) for 15 minutes covered up. One such cup of spearmint tea everyday would

*stimulate man’s sexual desire. But use it in very small portions, because if you overdo it you will have the opposite outcome.

*make your mouth feel fresh and clean, even if you just chew on some leafs.

Spearmint is also a natural freshener. Ancient Greeks used to scrub their table with spearmint before every meal and they spread some leafs in their bath as well.

Leave some leafs simmering on the stove and your whole place will be filled with a sweet fragrance.

Muddle in a glass the lemon or orange slices with spearmint and sugar. Pour the liqueur and the crashed ice while stirring and in the end add the soda water.

Boil water and add fresh spearmint leafs (leafs from 4 sprigs of 10cm for each liter of water), turn off the stove, cover the pot and leave it there until it cools to room temperature. Fill the ice-cube tray and you’ll have flavored ice-cubes. Use them in fresh juices of lemon, orange, peach or strawberry. You can even use them in a glass of plain table water or soda water.