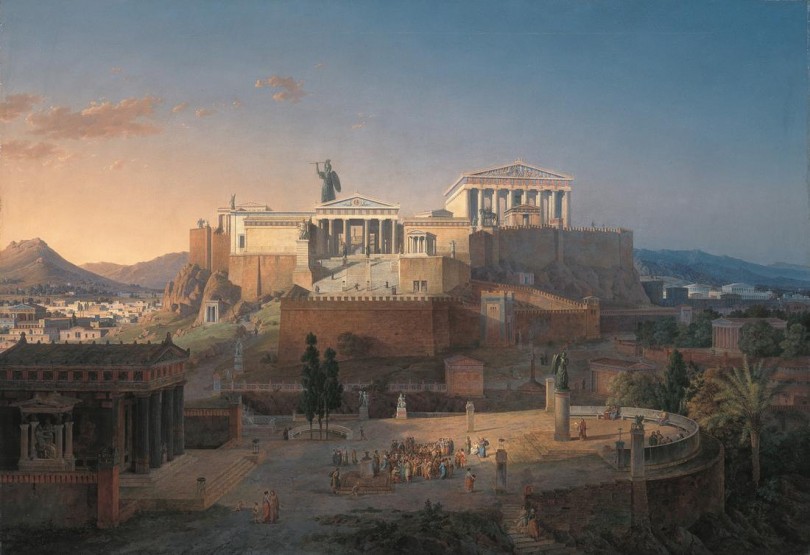 Ancient Athens was the most popular destination of the Greek world, a city where anyone could live free, work, make a career and become wealthy. There was no other city with so many resident citizens coming from other places. Not only were there Greeks from other cities, but also many residents who had moved to Athens from Asia, mostly from Phrygia, Lydia and Syria.

These free foreigners who lived permanently in the city were called “metics” and were allowed to live in Athens all their life and enjoy anything all other Athenians could, except two things: They could not take part in the Ecclesia (Peoples’ Assembly) and could not own realty. They were allowed to possess anything else, chattel, cattle etc, but no realty. Additionally, they needed to have an Athenian as guarantor (protector, patron) who would mediate on their behalf in public services and account for their behavior towards the state.

Most of the metics were involved in commerce, under the same laws and conditions as Athenians, but did have to pay an extra tax, called metoikion or ksenikon (this of the foreigners), of 12 Drachmas a year for male foreigners and 6 Drachmas for widows. They would also make sponsorships and contribute with emergency attributions as all wealthy Athenians (although the metics probably had to pay more) and they would serve in the army.

Here, we will present some of the most well-known metics of Athens.

Lysias, the logographer (speechwriter) from Syracuse 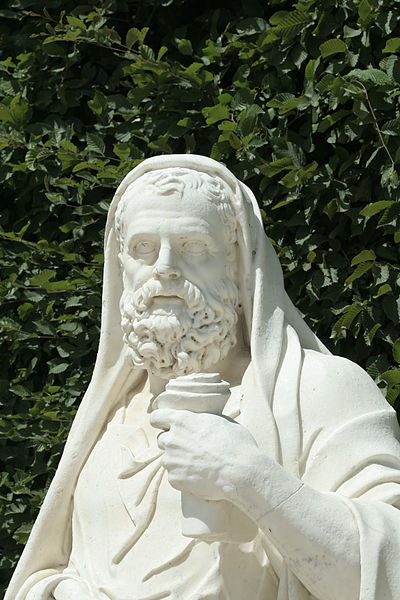 His father, Cephalus, moved to Athens upon Pericles’ invitation. His three sons, Polemarchus, Euthydemus and Lysias, were born in Athens, but, as their father, never obtained citizenship. Even when Lysias donated all that was left from his lost fortune to help in overthrowing tyranny, the Athenians voted against Thrasybulus’ proposal to grant him citizenship. Actually, the tyrants killed his brother, Polemarchus’, for Lysias’ efforts to restore democracy.

Lysias, the Attic orator, had written in Athens more than 200 works, to our knowledge, but only 34 of them are extant. Most of them were forensics, synonymous to judicial, and were used by the parties in court to support their side. However, he was born and died as a metic having only obtained the right of equal taxation.

Ion, the dramatist from Chios

He was born around 484 BCE and died in 421 BCE, son of wealthy Orthomenes of Chios. He moved for studies to Athens when he was still a teenager and soon became member of Cimon’s circle and also socialized with Aeschylus and Sophocles. But he did not get along with Pericles, of whom he thought to be too gabby and arrogant.

He presents his first tragedy in 452 BCE and his first (and probably only) win in the drama competitions of the Dionysia festival comes four years later, when he offered a statue to goddess Athena. In the drama competitions of 429 BCE he came in third, after Euripides and Iophon.  Only the titles of his 30 or 40 works and some very small excerpts of 10 of his tragedies and one satirical drama are extant. Apart from those, Ion had written comedies, epigrams, paens, philosophical and historical texts, odes, travel narratives and much more. In his work “Triagmos” he supports the idea that all things exist in triads. You might have heard the phrase “the virtue of all things constitutes a triad: mind, power and luck”.

Ion remained citizen of Chios all his life, a choice he has been accused for by modern philologists. They claim that he never missed the chance to express his preference for the Spartans and to be judgmental towards the Athenians, even though he expressed his opinions mildly. Some have made negative remarks about his choice to treat the Athenians with wine from Chios when he won at Dionysia festivals and also for the names he gave his sons: Achilles and Tydeus, two names from Homer’s Iliad, who was from Chios too, according to a version. However, one of his sons, Tydeus, was executed by the Spartan general of Chios accused for “Atticism” (Attica is the region that encompasses Athens). If the accusation was tenable, it means that, although Ion’s children apparently returned to Chios, they had loved Athens and its ways.

Pasion and Phormion, the bankers from Phoenice

Pasion and Phormion, both coming from Phoenice probably, are the only cases of foreigners, and moreover barbarians*, who obtained full citizenship in Athens. Besides their common origins, they had a deep friendship (even though they started out as master and slave) and a bank, one of the most profitable banks in Athens.

Initially, this bank was owned by two Athenians, Archestratus and Antisthenes, whom Pasion served as a slave. After some time, they freed him and he was assigned the management of the bank, which in the end came into his possession. The bank flourished and Pasion became wealthy and important. So important that he was granted Athenian citizenship. He had two sons with his wife, Archippe, Apollodorus and Pasicles, but when he became ill knowing that he’d soon die, he chose to assign the management of his wealth to his trusted compatriot Phormion, who had been working in his bank for years, in the beginning as a slave and later on as a freed foreigner. He even made him swear to take Archippe as his wife and to take care of his sons, especially Pasicles who was still a minor. Phormion fulfilled this will in devotion and worked hard.

Despite the horrible legal trouble Apollodorus had him go through for many years, Phormion made a good name for himself and a great fortune, which he partially donated for the needs of the city lavishly. 15 years after taking over the bank, he obtained the Athenian citizenship.

*The non-Greeks where called by the Greeks barbarians for their languages sounded like “bar-bar” to them. After the Persian Wars the sense of the word darkened, meaning “rude, uncivilized”