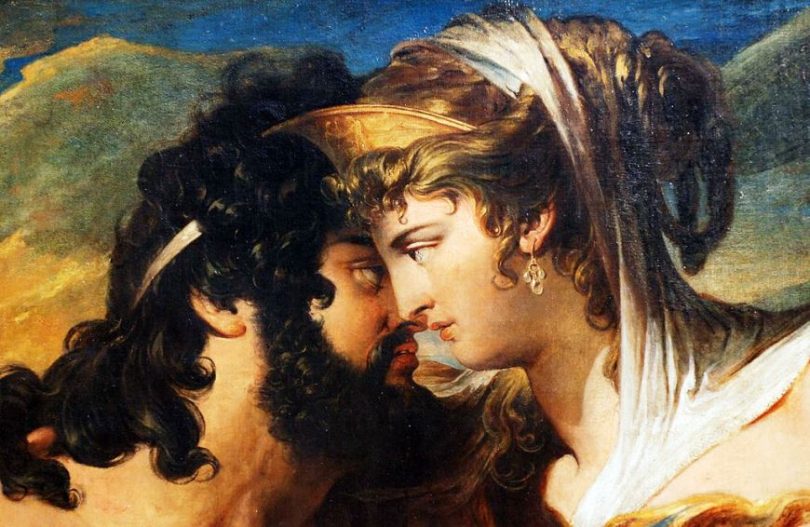 Goddess Hera represents the female nature, motherhood and marriage and is often depicted holding a pomegranate, the symbol of fertility. Her personality is fiery! She is jealous of Zeus her brother and husband, not without a reason, and makes sure his lovers and their children are always in trouble.

Her Greek name Hera/Ήρα is related to the word “hero/ήρως”, both deriving from root *ser (= protect). According to others the root of the name is *yer, related to “year”, while and older etymology considers the name as an anagram of the word ΑΗΡ (=wind). The Latin name, Juno means “the young one” and it’s probably linked to the new moon.

In the beginning, Hera rejected Zeus’ passionate love for her, but the heartbreaker god wouldn’t stop trying. On a cold day, Zeus transformed into an injured cuckoo bird and Hera took care of it feeling sympathy. Zeus then turned back into his godly form and seduced her. She gave in when he promised to marry her, and he did soon after.

Strangely enough, the couple communicated very well despite all the turbulence. Homer tells us that Zeus respects his wife and consults with her often. He even tells Hera things he tells no other god.

Being the wife of the king of gods and mortals, Hera is the bride of the “sacred marriage”, the mother queen and protector of marriage. One of the wedding gifts Hera received were the Golden Apples from the Garden of Hesperides.

The relation of the divine couple was turbulent and eventful. He wouldn’t stop cheating on her with beautiful goddesses and mortal women and she wouldn’t stop trying to punish them. He felt oppressed by her and she was asking for the respect she deserved given her position and descent. They quarreled wildly, they split up from time to time, but they couldn’t live without each other. They had four or five children: Ares and Eris, meaning war and dispute, Hebe (youth) and Eileithyia, the goddess of childbirth. Zeus and Hera also had Hephaestus, although according to another tradition Hera bore the child alone.

For those who tried to win Hera’s heart, there was a lot of suffering ahead. Zeus wouldn’t allow Hera to have the same pleasures he enjoyed. The king of Lapiths, Ixion, grew lustful for Hera and Zeus created Nephele, a cloud figure of Hera, and tricked Ixion into coupling with it. Centaurus, the half-man half-horse creature, was born from this union. Ixion is since bound to a burning solar wheel for all eternity…

Things were not easy for those women who gave in to Zeus’ lust, either. One of these cases was Semele who had an affair with Zeus. He had promised to make her every wish come true would she sleep with him. When this happened, Hera convinced pregnant Semele to ask her lover to appear in the shape he appears to Hera. Zeus tried to avoid it but Semele insisted and, forced by his oath, he complied and appeared on his chariot throwing lightning-bolts, which killed Semele. Zeus rescued the embryo and sewed it into his thigh. Three months later, god Dionysus was born. 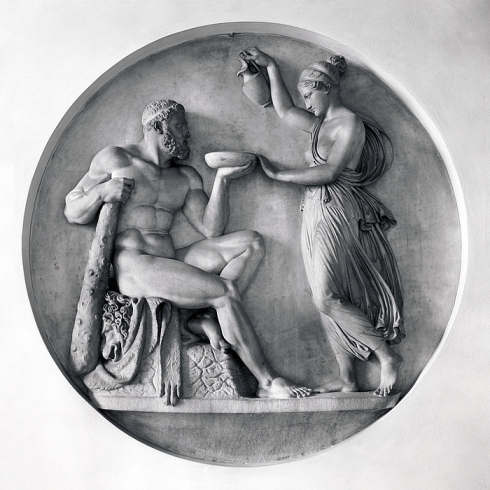 However, Heracles (also known as Hercules), the child of Zeus’ affair with Alcemene, was the one Hera went after most of all. First, Hera sent snakes to kill baby Hercules, but he woke up just in time and strangled them. Later on, she made him go crazy and kill his wife and children by throwing them into fire. When he came back to his senses and realized what he had done, he asked the Oracle of Delphi for advice. To purify himself, Pythia, the priestess of the temple, mandated he would have to serve the king of Tiryns and Mycenae, Eurystheus, for twelve years. Eurystheus then imposed on Heracles the Twelve Labors. Hera never stopped going after Heracles while he was alive. She only stopped after his death when he was deified and Zeus gave him a place in Olympus and Hebe as his wife. 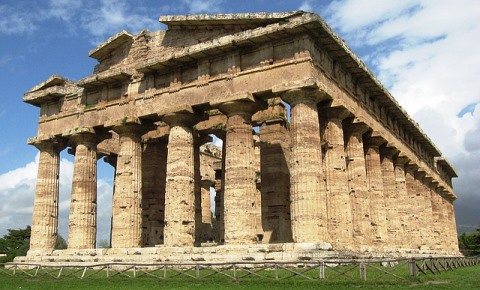 According to various myths, Hera was born in Stymphalia lake, in Euboea or in Samos Island. Her father, Cronus, swallowed his children, but her brother, Zeus, rescued Hera and fell deeply in love with her.

Hera’s favorite places of worship are Argοs, Sparta and Mycenae. Heraion of Argos, the greatest sanctuary of the Argolid, is Hera’s most significant place of worship. Built in the 8th c BCE, it was the official religious center where the Mysteries of Hera were held.

On the middle terrace of this Dorian temple stood the illustrious chryselephantine (gold and ivory) statue of Hera, a grand creation of the famous sculptor Polykleitos. Goddess Hera was represented sitting in her thrown, wearing her crown while holding a pomegranate in the one hand and the royal scepter with a cuckoo on its top in the other hand. The ruins of the temple are definitely worth visiting. The Mysteries festival in honor of Hera also included athletic games in which the winners were awarded with bronze objects.

Herodotus tells us a beautiful story about this celebration:  A priestess of Hera absolutely had to be conveyed by a team of oxen to Hera’s temple for the festival in Argos, but the oxen had not come back in time from the fields. Her sons, Cleobis and Viton, both champions at athletic competitions, took their place and drew the wagon with their mother atop it for about 8 kilometers until they finally reached the temple. When they arrived, the Argive citizens being impressed by this deed, gathered around the youths admiring their strength and congratulating their mother for having raised such children. The overjoyed mother then prayed that the goddess might grant her children, who made her so happy, the best thing a man could have. After having finished this prayer, they all took part in the festivities and sacrifices and then the youths lay down on the stairs of the temple being all weary and fell asleep. Forever! An honest, calm and glorious death was for Ancient Greeks, “the best thing a man could have”, while the gathered citizens completed this benevolent fate with honors to the dead youths. They built two huge statues depicting them and offered them to the temple of Delphi. Luckily, the statues have been saved and you can see them at the Archeological Museum of Delphi.

In the spring of Kanathos in Nafplion, Hera would annually take a bath to restore her virginity; the same ritual would be carried out during the Mysteries dedicated to Hera.

Another important temple of Hera stood in Olympia. Every four years, 16 married women would weave a chiton for the goddess and carry out festivities and athletic games at the stadium of Olympia. The celebrations were called “Herae” and only unmarried women were allowed to compete. Wearing above the knee chitons draped over the left shoulder they’d compete in running games. The prize was an olive wreath and portions from the sacrificed goddess-cow. They also had their names carved in columns. You can read more about the temple and its amazing works of art here.

Hera’s Temples of great importance have been also discovered in Samos Island, in Perachora (Hera Akraia and Hera Limenia) near Corinth and in Magna Graecia (Metapontium, Selinunte and Paestum). 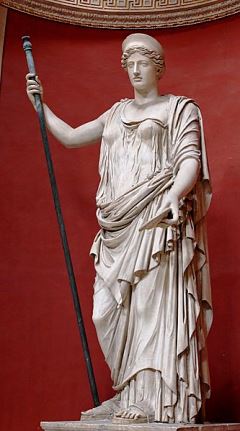 Hera’s symbols are the cuckoo, the cow and the pomegranate. In the Hellenistic era, she was also connected to the proud peacock, which the Greeks called “the Persian bird”. Create an environment using these symbols and color it with turquoise, petrol blue and dark red shades and some lilies to your space.

Orphic Hymn 16 will take you on a journey with the goddess to the space between earth and skies; the hymn will bring you closer to the real nature of life. Your self-esteem and fighting spirit will be motivated and your self-respect will be boosted in your efforts το claim what you deserve.

Take some time to read the tragedies “Alcestis” and “Heracles” by Euripides, “Trachiniae” by Sophocles and the comedy “Ecclesiazusae” by Aristophanes.