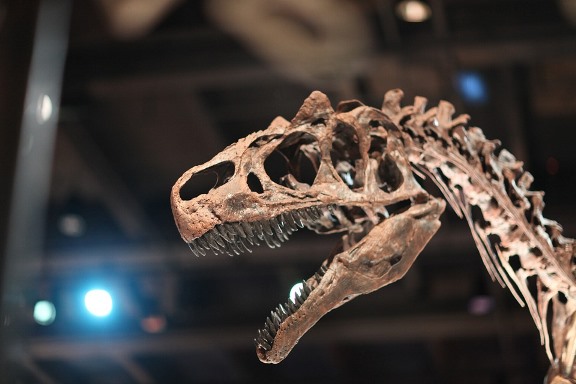 In 1859 Charles Robert Darwin (1809 – 1882) published a book that would change forever our understanding of the human existence. “On the origin of the species” provided a scientific explanation about the diversity of living creatures found on our planet. According to Darwin’s theory, all species descend from common ancestors through the process he called “natural selection”. The beings who have all it takes to live and adapt to their living environment, win the battle of survival. The rest of them don’t make it, and like this, the next generation of the species is stronger.

It was the time when science was born when the pre-Socratic philosophers were searching for the origin of the world within its own elements. Thales of Miletus understood the incomparable value of water and sought in it the beginning of life. Heraclitus of Ephesus, believed in the conservation of energy that would not be destroyed, but would transform from one form to another. He named this energy the “ever-living fire” which creates and preserves life. Anaximenes of Miletus, considered air of being the origin of life, “because thanks to air, everything breathes, lives and exists”. But Anaximander of Miletus thought, that the beginning of life should be outside the elements of nature, because these too, must have come to existence somehow. This is how he invented the idea of “infinite” (apeiron). Infinite is the eternal and indefinable matter outside of the boundaries of space and time. Infinite gives “birth” to the elements of nature which in their turn interact with another and create various beings. When these beings complete their life cycle, they return where they originated from.

The same happens to the whole world. Anaximander believed that the world is born, dies, and then another world thrives in its place. A really strange idea for his time.

But this was not the only idea his contemporaries would find too strange. He claimed that living beings evolve from simpler to more complex forms, even that humans come from fish. His reasoning was the following: “Initially, humans came from other animals, because all other animals can support themselves soon after their birth, but humans need many years of maternal care. So, if humans had appeared from the beginning in their current form, they would not have survived”. (Pseudo-Plutarch, Stromateis 2)

This was the first rationalistic attempt to define the origin of human life. This approach was so progressive for his time, that his successors did not even bother to deal with it.

(Anaximander was born in Miletus in 610 BCE and died in 546 BCE. He was a student of Thales and excelled in geography, mathematics and astronomy.)

The concept of the evolution of species reappeared many decades later. This time it was the imaginative theory of Empedocles of Agrigentum. Empedocles was born the same year as Pericles (495 BCE) and died 60 years later.

“Empedocles believed that the first births of animals and plants were imperfect, that their limbs were separate and not assembled. When the parts got combined, the second births were created and they looked like the beings we see in our dreams. The third births created complete forms and the fourth were not created out of homogeneous elements like water or earth. They resulted of mixture, either of concentrated food or because the female beauty stimulated the genetic impulses. And the species of animals differ because of different mixtures and their quality” (Aetius 5, 19, 5)

Scattered and disassembled limbs and organs form monstrous beings. At a next stage, the ones who are best equipped survive. The rest of them disappeared and “keep disappearing”, he said.

He also said that leaves, hair and wings of birds and fish scale are the same thing. He had understood that these organs have similar functions, despite looking so different.

Empedocles was also the first to take into account the randomness in the evolution of species and put forward the idea that “animals have many of their characteristics only because it happened by chance”.

Epicurus (341-270 BCE) also was pro the concept of evolution. Although it was not a complete a theory, he believed that all the living organisms evolved without a plan and without any metaphysical intervention. And then, natural selection allowed the most functional beings to survive and reproduce.

This early form of the theory of evolution continued being a subject for some philosophers and scientists during the Roman era. In the first century CE, philosopher Lucretius composed the didactic poem “The nature of things” aiming to explain the Epicurean philosophy to the Roman audience. There we read: “As time passes the nature of the world changes. Everything transforms from one state to another, perforce and nothing remains unchanged. Everything evolves and Nature makes everything change and transform. While something decomposes and collapses over time, something else appears and evolves in its place” (Ε 828-834)

Further on, he makes a clear reference to natural selection: “Many animal species extinct then, because they couldn’t make their kind stronger through reproduction. Because, whatever you see breathing life giving ethereal auras, it is because they ensured their survival from the beginning. They achieved it with their cleverness, their bravery or their speed.” (Ε 855-859)

Any reference to the theory of evolution disappears with the fall of the Roman Empire. Lucretius’ book had disappeared during the Middle Ages and reappeared during the Renaissance. In 1417, the humanist Poggio Bracciolini discovered one of the very few remaining copies stashed in medieval monasteries. Scientists became interested again in the theory of evolution during the 18th century and slowly tried to free it of any religious influences.

In the beginning of the 19th century, Lamarck (1744 – 1829) formulated the theory of the evolution of species with references to the early ideas of Anaximander and Empedocles: organisms develop and progress gradually from simple to more complex forms. Lamarck’s theory was not accepted by the scientific world of the time, but it laid the ground for Darwin’s theory. Opposed to Empedocles who understood that the animals which were not sufficiently equipped would extinct, Lamarck believed that they would adapt to their living environment. 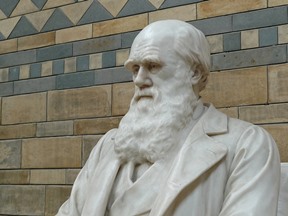 Darwin later on supports that giraffes did not grow a long neck to reach the leaves, but survived exactly because they had long necks and could reach leaves. He posed the theory of the origins of the species through natural selection (at the same time as Alfred Russel Wallace) and established this approach within the scientific community. Later on, Thomas Henry Huxley (the proponent of agnosticism) will apply the theory of evolution to the human species and will explore the possibility of man and ape being descendants of a common ancestor.

Although the theory of evolution is as ancient as Anaximander, its course has been extremely difficult. Religious and philosophical systems which set men to be sitting in the highest throne alongside an almighty god have always been more charming than stony scientific observations. A god who loves and protects us, who has a ready answer to our every question was and still is a safe haven for those who fear, or just dislike, the “journey”. But people like Anaximander, Empedocles, Epicurus, Lucretius and pioneering scientists of our time, don’t feel safe in any haven. The only reason we understand today how harmful microorganisms develop in our body and have medicines to beat them, is because these people looked for safety in one place only: Knowledge!