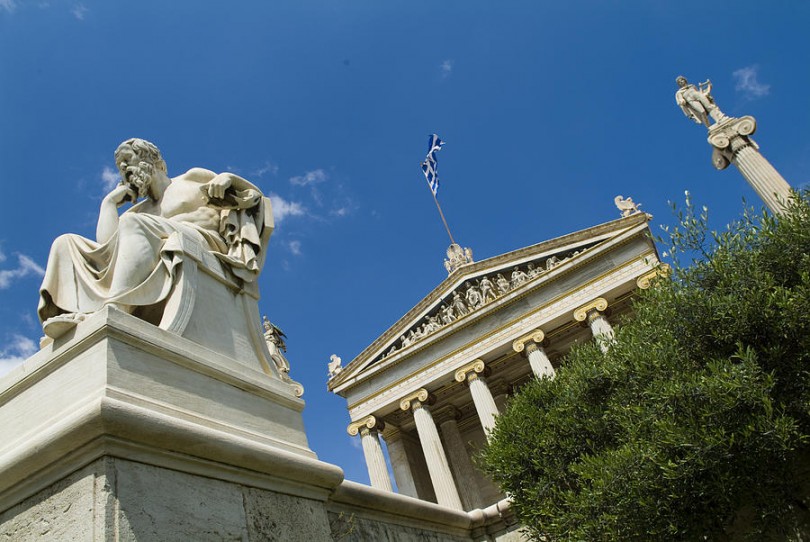 “Α Democracy is excellent when everyone fears the law as one does a tyrant”. This principle was first expressed by Bias of Priene, one of the Seven Greek Sages, around 600 BCE. This was the principle the Athenian Democracy was built upon and this perception empowered the brave soldiers who stopped the “invincible” Persians at the battles of Marathon and Salamis. Those brave Athenian soldiers, who, as Demaratos said to Xerxes, “when they fight one-to-one they’re as brave as anyone else, but when they fight all together, they are the best fighters in the world. They are free, but not completely; their Master is the Law, whom they fear more than your men fear you.”

It sounds good, but how many of us would defend this principle at any cost?

The philosopher of Justice

Socrates paid the highest price in order to stay true to his lifelong teaching, that one ought not to do wrong at all, not even when he is treated unfairly. Because no virtue has any value if it is not lightened by justice. Bravery, for example, is a great virtue, but imagine a brave man who uses his bravery to hurt others. What kind of person would he be?

So, it is justice above all, but what is just? That’s the question sophist Hippias posed to Socrates one day, and he replied “what is legal is also fair”. The citizens have come to an agreement to abide by certain rules, to do things and to don’t do other things. A person who keeps the agreements is honorable and a person who honors the social contract he voluntarily accepted, he is lawful and just. A person who doesn’t keep the agreement is unlawful and unjust.  That is what Socrates said, and Hippias took the chance to present an argument that was very popular among the sophists: “Why should we think so highly of the laws and the obedience to them, when even those who make the laws amend them all the time and overwrite them later on?”

“Don’t we do the same when we go to war and serve a situation that is about to change when peace comes?” Socrates replies, explaining that the temporariness of an agreement does not justify its disdain, nor does the fact that peace comes after war mean that we can put blame on the soldier who is fighting for his homeland. Laws, Socrates claims, are the foundation for a harmonious coexistence of the citizens. And this harmony and concord among citizens is the necessary condition for their happiness and prosperity.

Without a doubt, Socrates was not just talk; he reverently abided by the laws under any circumstances all his life. In his private life he followed the rules and in his public life he was obedient to the authorities and laws, both when being in the city or on campaign fighting. In fact on one occasion, while he was the custodian of the Ecclesia (People’s Assembly), he stopped his fellow citizens from making a decision that was against the law. Even at the time when the Thirty Tyrants were in power, he disobeyed an order, because it was against the law. It’s really unbelievable that the most law-abiding Athenian citizen ended up in prison and was given the death penalty!

When the law does wrong

The charge was that Socrates disrespected the gods by introducing new deities to the city and that he corrupted the youth. This awkward charge had deep political motives, but it’s not for now to analyze them. The interesting aspect is how Socrates handled a legal court decision, which of course proved to be completely unjust (watch Socrates’ new trial). Sitting there in his cell, waiting for the moment they’d bring him conium to drink, did he still believe that one should always abide by the law, even if the law was so unfair to him, even if he were about to be killed although he had not done anything illegal?

Socrates did have the chance to escape what the unfair fate had in store, a fate his fellow citizens had created for him. He could have been more conciliatory in court or he could have tried to flatter and move the judges, as the defendants used to do (and still do). It was even easier back then because the judges were not professionals and the trials were held in peoples’ courts where anyone could be a judge. He could also have suggested what his penalty should be (this would be legal, too), like a high fine his friends could have paid on his behalf. But he did none of the above, for that would mean pleading guilty despite being innocent, and this would mean cheating his fellow citizens and cheating would be unjust. After his conviction, his friends intensely tried to convince him to break out of prison as they already had made arrangements for his escape and relocation out of Athens, near to people who admired and loved him. But Socrates chose to die, to abide by the law. Why?

Why would Socrates tolerate injustice?

His devastated friend Crito is begging him to follow the plan and escape. “People will say that I cherished my money more than my friend’s life and that, even though I had the chance to save you, I let you die. Because no one will believe that you decided to stay and die”, he says in pain. “What do we care, blessed Crito, what the many care about? The worthy, the ones we should care about, will think that everything happened exactly as it should have”, Socrates replied.

Crito insists and tries to put pressure on him. “All your friends are determined to risk everything to save you”, he says. He tells him that his children will be orphans, that his friends will be accused of being cowards for having let him die. But Socrates insists: “I can’t just renounce all I’ve been saying just because things happened to turned bad now… and I won’t allow you or anyone else be terrified by the power of the crowd like if we were little children…” . Socrates won’t break away because it’s not simply staying alive that he cares most about; he wants a life of worthiness. And now as the end of his worthy life is approaching, he gives his dear friend one last lesson: 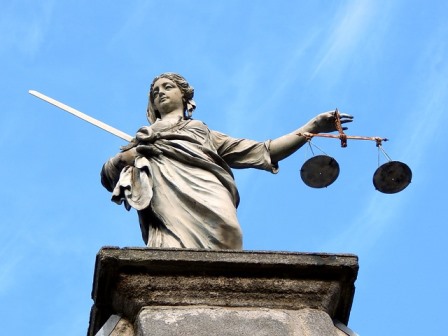 Let’s assume that as we’re ready to escape, the laws and Authorities of the city come and ask us: “Tell us Socrates, what are you trying to achieve? Won’t your action destroy us the laws and the whole city? Or do you believe that the polity won’t be overthrown if the court decisions aren’t executed as the citizens negate them?” What will we say to that? That the city treated us unjustly and that the decision in our case was not right? If we say this, then the laws will ask “Is that the agreement we’ve made, Socrates?

Or what kind of wise are you that it has skipped your mind that your homeland is more precious and more honorable and holier and in higher esteem among the gods and among men of understanding than your mother and your father and all your ancestors? And you should do whatever your homeland orders you to, no matter if in court or at war, unless you can debate the order according to the law.

Because we gave birth to you, we nurtured you, we educated you and taught you, like everybody else, the best we would; but we also gave a priori each Athenian the right, after the dokimasia (the process to obtain citizenship) and having been informed about the administration and us, the laws, if he does not like us, to take his things and go wherever he prefers, and none of us, the laws, disallows him to move to one of the colonies, or anywhere else.

But if someone decides to stay, it means that he agrees with our way of governance and court ruling and he is obligated to obey our orders. He, who does not obey, commits three violations:

First, he is unjust to those who gave birth to him and nurtured him.

Second, although he agreed to obey our orders, he breaks the agreement.

Third, not only does he not obey, but he does nothing to convince us that we’re wrong, although we have given him the right to do so.

These charges will fall on you, Socrates, if you carry out your plan, you, most of all Athenians. Because you’ve loved your city so much that you’ve never left, except once when you went to Isthmia for the ceremonies, and whenever you had to go to war. You’ve loved your city so much that you decided to raise your children here. Then, you could have chosen the penalty of exile, but you didn’t do that either. You, who have never doubted our rightness or broken our agreement in 70 years; you, who have travelled out of our city less than lame, blind or otherwise disabled people, and now you won’t honor our agreement? You will surely agree with us, Socrates, that you won’t leave the city and make a fool of yourself.”

Crito hushed, Socrates honored the agreement with Athens, the city he worshipped, and died quietly drinking the conium. The way he chose to leave this life, proved that when he said “we ought not to do wrong at all” and when he stated that his concern is not “living” but “good living”, he meant every word. For Socrates, life is meaningful only if it serves justice, which, as all members of any democratic society agree upon, is the law.