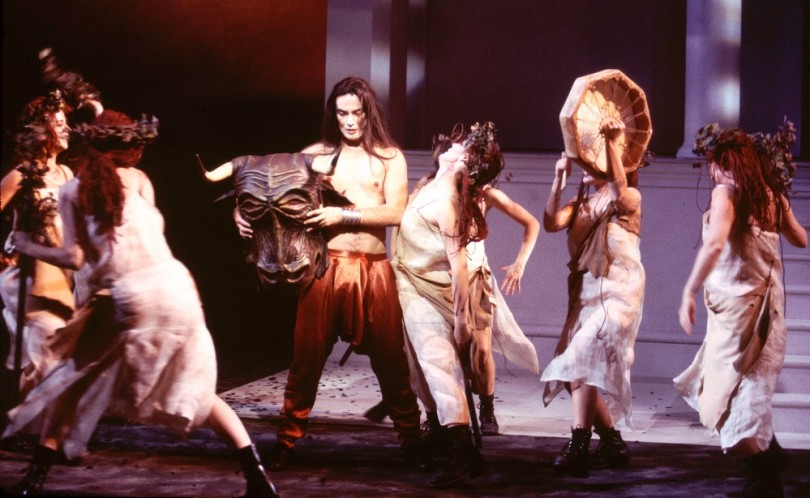 The end of the Peloponnesian War signaled the beginning of the end for the Ancient Greek city-state. Contrary to the Persian Wars, when they had faced the external enemy all together with great bravery, now each city would turn against another, destroying anything that had been achieved with unity. Living the horror of war for more than three decades, Athenians collapsed financially, politically and ethically. “In the end, immediate profit and pleasures of the moment were considered to be good and beneficial. Nor the fear of gods, neither the fear of the Law, were enough to control them”, Thucydides writes. The collective life of the city seemed to be a nightmare that would never end.

The citizens of the, once strongest, city had collapsed psychologically and, inevitably, they started searching for a “painkiller”, in whatever they had a chance of finding it. Having experienced the apotheosis of rationalism, which however did not spare them from destruction, they’re now turning to anything that can lift their sentiment and calm the soul. They seek anything that can give them a few moments of unity and safety and this very search leads to things rationalism had dislodged from urban life: Arcane worships, demanding leisure and contact with nature, now return.

These worships were embedded in urban religious rituals, but now they come back in their unrestrained primeval form. God Dionysus achieves an important victory against Apollo. He descends to be close to men and ease their sufferings. The art of acting was born in Dionysian rites and developed into the high art of theatre in the city ( read here about the importance of Ancient Theatre for the inner balance of the citizens ) . There, in the theatre, the viewer puts himself aside to identify himself with the suffering hero. The hero, who, as Nietzsche says, is “suffering Dionysus of the mysteries, the god who feels inside the pains of personalization”.

However, Dionysus had never been the hero of a theatre tragedy. He had never appeared on stage, until the last year of the Peloponnesian War. That year (405 BCE), Euripides’ son competes at the Dionysia with the work of his father, who had died the previous year, “Bacchae”, a tragedy that resembles no other extant tragedy. Until then, gods would only appear as “gods from the machine” (deus ex machina) or standing on the theologeion (small balcony for the gods). But in the “Bacchae”, Dionysus appears for the first time on stage interacting with humans. 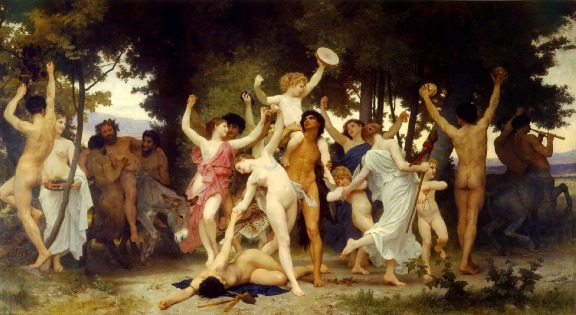 Pentheus, young king of Thebes, is a pragmatist, a representative sample of the hardcore rationalists of the 5th century, who brags for his, free of superstitions, rational thinking. Of course, he doesn’t believe in the existence of Dionysus, or any other god.

But Dionysus has come here from the East to establish his worship, which has been supplanted by new morals. In the beginning he is in disguise, so that no one knows that he is god Dionysus, and introduces his worship to many Thebans, and mostly women.

Pentheus arrested all women, followers of Dionysus, who were found in the mountains worshipping the new god, and mocks Tiresias, the blind prophet, and his own grandfather for taking part in the Dionysian rites, like the Bacchae did. Tiresias tries to put some sense into him: “… most important of all in this world  are these two: goddess Demeter, or Earth – or call her however you want –  who feeds the mortals with mellow fruit; and Semele’s son (Dionysus) who gave to the mortals the liquid drink of grapes, which helps troubled people get rid of their sorrows”.

“This very god is offered as libation to Zeus for the good of humans”, Tiresias continues, but Pentheus is outraged! His father, too, kindly asks him to be at least more condescending even if he doesn’t believe himself, but not even his father’s words can convince him. The young king is determined to destroy anything and anyone who has anything to do with this god who lures women to salacity and overthrows all order.

While arresting all women taking part in this worship (the Bacchae), he also arrests this strange foreigner (he does not yet know that he is Dionysus himself), but he breaks his chains and escapes prison. And as if all this wasn’t enough, the king gets informed that one of the Bacchae was Agave, his own mother! But he still doesn’t change his mind; not even after this.

Dionysus is going to drive Pentheus to madness. He will have him get dressed in women’s clothes and go to Mount Kitheron. There, under the influence of sacred mania, Agave and her sisters will dismember him. The ending is dramatic, both for Pentheus and his family, who will be exiled from Thebes.

And the Chorus closes up the play with the following words: “the gods finish many things unexpectedly. The things we had in mind never happened, and for the things we hadn’t even hoped for, the god found a way”.

In times of great worries and distress, people are faced with situations they can’t tame with the power of reason. They get angry and refuse to think rationally. They’ll easily turn to things that are old, safe, anything to make them feel important and happy.

Dionysus generously offers freedom from the shackles of civilization to anyone, even to the slaves. He has no priests or prophets. Just like nature, he is subversive, unbridled and heartless. He is what any person will have to face outside the secure city. Aristotle was very right to say that outside of society, one must be either beast or god.

In such turbulent times, a skillful leader will find the right balance between irrational impulse and reasonable thinking, the middle ground to ease tensions, to allow a small breeze of hope to make way for the future to come, in slow, yet steady, pace. The leaders, who led Athens to great glory during the Persian Wars, had this skill ( read here about Themistocles’ genius management ).

Be smart when dealing with Dionysus

The human mind needs to rest some times and feel the Dionysian experience. We can observe the expression of this need in Delphi, where both reveler Dionysus and rationalist Apollo were worshipped. A person, as a unit, gets to know the secrets of his own soul through imagination, relaxes, strengthens and becomes ready to create and thrive for his own progress, but also for his community. He worships Dionysus to be able to approach and understand Apollo.

But as Nietzsche notes, he has to do this carefully: “Of the Dionysian foundation, the parts that should penetrate a person’s conscience are only the ones which can then be overcome by the Apollonian force of transformation”.

The balanced handling of this primeval power is the only way for a person to deal, at the lowest possible cost, with turbulent times which can lead to decline. Barren rationalism can’t bring any results when the inner pain has deactivated all power of reason. Whatever can’t be understood can’t be beaten, and whatever is underestimated, can’t be understood. Let’s not fool ourselves. Dionysus is old, is mighty and gets angry when he gets ignored. If you don’t know how to handle him, he drives everyone to the edge and then he always wins!