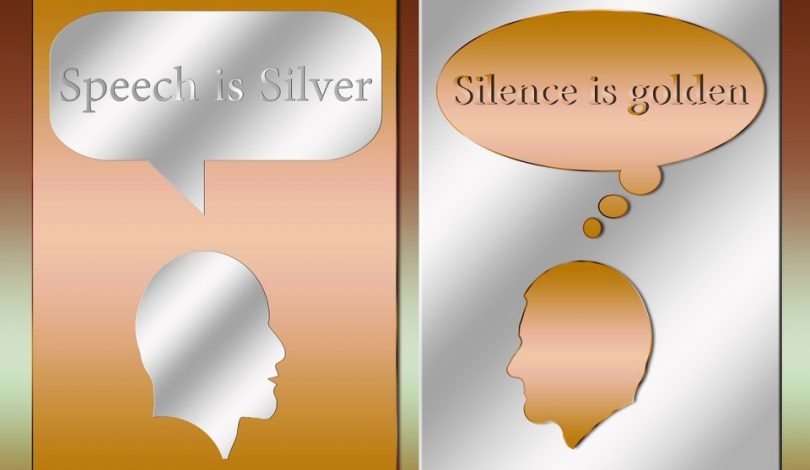 “The crown of silence is a good man’s jewel.  But blathering of this sort fastens itself to pleasure, is bad company and disease for the city” (Euripides, Antiope)

This must have happened to all of us: talking to people and realizing that they haven’t listened to a single word of what you said. That they’re just waiting for you to finish your sentence so they can jump in to say what they wanted to say all along. Or, even worse, that they interrupt you just to say their thing. Good communication with people is a difficult task, even with the ones close to us, because as Euripides said, “blathering of this sort fastens itself to pleasure”. We want to tell our stories, to talk about our day, to express our opinions and fears, to brag about our success, and to some extent all of this is absolutely normal. It becomes a problem when we want to do all the talking without listening to anyone else or when we only talk about meaningless things. There can be no fruitful communication if there is no switching of roles between sender and receiver. And let’s not forget about tact. There is a right time to say certain things, no matter if we think that what we want to talk about is very important.

Nowadays we say “silence is golden”, but in Ancient Athens, and all other Ionian cities, talking and discussing were the foundations upon which Democracy was introduced to civilization. Speeches and debates in the Agora (city forum), in the Ecclesia (Peoples’ Assembly) and in courtrooms are the treasure of thinking which still nourishes us today. But even the Ionians, who cherished philosophical analysis and debates in the Agora, they could not stand anyone who was verbose or who didn’t have anything useful to contribute.

Here are some opinions:

“The most important people talk briefly”

Democritus believes verbosity to be relevant to another flaw:

“Talking all the time and refusing to listen, is greed”

Moreover, nature itself shows us the way, as we’ve been given two ears to listen and only one tongue to speak, as Zeno of Citium said. It was he who said the phrase we still use today in Greece:

“If you don’t dip your tongue into your brain before you speak, you’ll make even more mistakes”

Cleanthes the Stoic used to remain silent and someone asked him what the reason for that was, since talking with friends is pleasant. Cleanthes replied:

“It is pleasant indeed, but the more pleasant something is, the more we should grant it to our friends”.

Others despised verbosity even more. Some philosophers believed that talking prevents you from thinking, and thus, from searching for the truth. The Dorians of Laconia (Sparta) were by nature… laconic (concise, abrupt). Even today, laconism is the skill of talking briefly, concisely and up to the point.

Diogenes the Cynic believed verbosity to be a handicap for a philosopher. So, one day when one of the “eristics” (philosophers fond of wrangling) was bragging of being a philosopher, Diogenes said to him:

“You claim that you philosophize, you poor thing, although you’re ravaging the most important thing in a philosopher’s life”, and by that he meant silence.

Pythagoras had a very strict process for selecting between candidate students for his school. Without a second thought, he would reject anyone who was known for being chatty. But even those who passed to the preliminary selection round would have to go through various trials, and the hardest of those was called “ehemytheia” (secrecy): silence for five years! This way, Pythagoras would improve his students’ self-control, as he knew that the most uncontrollable thing is the tongue

Plato claimed that the Spartans and the Cretans were the wisest of all Greeks, because they said much in a few words.

“So you can understand that I’m right when I say that the Spartans are highly educated in philosophy and rhetoric (speechmaking), I’m telling you the following: if you go talk to the least of the Spartans, you will initially believe that he is clueless in most matters. But later on at some point during the talk, he will throw a notable sentence, brief but full of strength, like an awesome spearman, and he will make anyone talking to him appear like a little child in comparison.” 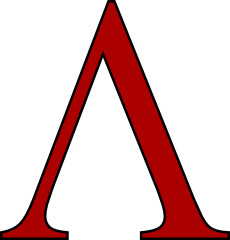 A great example to understand the conciseness of the Spartans is the following story:

One day, a very poor city sent its ambassadors to ask the Spartans for wheat. One of them was chattering non-stop trying to explain the purpose of the delegation. When he finally stopped talking, the Spartans said to him:

-The ending of your speech was incomprehensible, and in between we had forgotten what you were talking about in the beginning.

The delegation went back home emptyhanded and the ambassadors explained what had happened. The next ambassador simply showed up in the Assembly of the Spartans holding empty sacks and said only “The sacks are empty, fill them!”

After having filled the sacks, the Spartans said to the ambassador:

-There was no reason to say that the sacks were empty, we saw it. Neither was it necessary to tell us to fill them; what you were asking for was obvious. Make sure to talk less.

Some might believe that Pythagoras and the Laconians were too strict. Or we might still believe nowadays that by talking a lot we communicate better and express our thoughts in more detail. However, we’ll leave you with the thought of the poet Simonides of Ceos:

“I have often regretted my speech, never my silence”