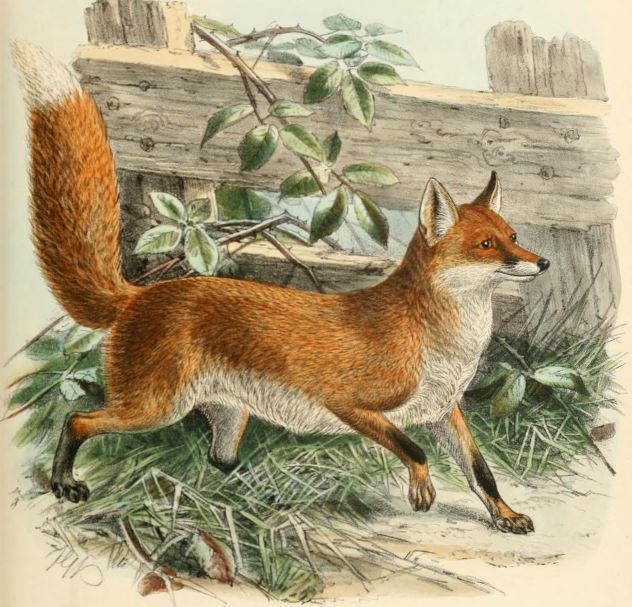 Aesop thought of using popular tales of his time as tools for the education of his fellow men. He lived circa during 620-560 BCE and was the slave of a rich man on island Samos. After he was set free, Aesop travelled to Lydia and visited the king Croesus. He also was present at the banquet Periandros the king of Corinth hosted for the seven sages. However, some of the information we have about Aesop might be a myth. A didactic myth about the achievement of a former slave to preserve tales and myths of great teachings.

Here, you will read about three of the 350 Aesop’s fables that have survived through time.

The Fox and the Goat

One day, a fox during his stroll, stumbled and fell into a water well. Many hours passed in vain while trying to climb out, until a Goat came to have some water. Seeing the Fox, the Goat asked whether the water was good and the Fox replied, all happy for his good fortune, that the water is amazing.

-Come down here, have a drink and enjoy the water, the Fox said

The naïve Goat was so eager to quench his thirst that he didn’t give it much thought. He immediately jumped into the well believing he’d climb up again with the Fox afterwards. Until he had drunk enough and when it was time to climb up, the Fox had made his plans already.

-Look, he said, you will base your front legs against the wall, then you will bend backwards with your horns so that I can climb up your spine. As soon as I get out, I’ll pull you up.

And that’s the way it happened, but as soon as the Fox saved himself, he didn’t bother to try to save the Goat as promised. The Goat started blaming the Fox for his dishonest behavior, but the Fox replied:

-If you had as much brain as you have hair on your chin, you wouldn’t have gotten down before figuring out how you’d climb back up.

If you’re among the people who get excited with mottos like “listen to your heart” or “live for the moment”, mind always the Fox who will take advantage of your impulse and will throw you into the well eventually. And when you’ll find yourself being trapped, spontaneity won’t do you any good.

Never attempt anything, even under emergency circumstances, unless you have figured out where your venture will lead you!

One time during one of his speeches about the matters of Athens, Dimades noticed that his audience wasn’t paying any attention to him and that everyone was chatting here and there. So, he interrupted his speech and asked the audience whether they’d like to hear a fable of Aesop. The audience agreed happily and he started telling them the tale:

«One day, a swallow, an eel and the goddess Demeter were walking down the same road until they reached the bank of a river. Then the swallow flew over the river and the eel dived into the river and came out on the other side»

The Athenians were focused to hear the rest of the story, but he stopped his narration.

-“What happened with Demeter?” they asked.

-“Demeter is furious with you all, because you’re sitting here tolerating listening to tales instead of engaging in the matters of your own city.”

This is going to hurt a bit, but it is a tough truth we should face eventually. It’s a timeless problem we have to solve if we want to improve as individuals and as societies.

It’s not bad to relax with a silly TV show or to kill some free time chatting with friends at the bar. In fact, it’s necessary for our inner balance. But it is unacceptable if that’s all that you want! Because, if that’s what you wish for, then that’s what the people who handle the important matters of your life will feed you with. If you find serious things to be too tedious, then those who rule you will deceive you by telling you tales and promising a world that exists in tales only. You can understand how dangerous this is!

It is foolish to only be interested in your pleasure while neglecting the important issues.

A donkey overloaded with salt was struggling to cross a river. Suddenly he loses his balance and falls into the water. When he got up, he realized he felt much lighter – because of course, the salt had melted into the water – and continued on his way all happy about it. The next time he had to cross the river, he remembered of his previous experience and decided to ease his burden again. So he falls into the water, but when getting up he realizes he can barely stand on his feet. His cargo had become unbearable, because this time he was loaded with sponges! The heavy weight threw him back into the water and the poor donkey drowned.

If something worked out once, it doesn’t mean it will work out always. It’s not wise to stick to a single way of doing things, to a single approach and method. Often we have the tendency to believe that one ideology and one way of action is appropriate and adequate for all occasions. But it’s not; salt is one thing and sponges is another!